Michael would love your feedback! Got a few minutes to write a review?
Write a Review

Arc 1: Cole’s Will Chapter 1: The Beginning Of The End

Cole is warned by an unknown hacker of the incoming mega solar flare, government plots, and the plans of the malicious 12 monkeys.

A dream, recurring as it does every night. An unfolding nightmare that becomes more realistic each time. A premonition, a warning perhaps. A dark-skinned man stands still in silence, watching. His hazel eyes fill with disbelief. The crowd around him falling into chaos. Screams of terrified people run for their lives. His fear and a sense of helplessness overwhelm him. Next a woman’s voice carried by the wind, so soft at first he doesn’t hear it. It’s familiar and soothing, yet he has no idea to who it belongs to.

The light of the day brightens to a blinding white, engulfing everything in sight. The screams dissolve into silence. Sudden sounds of an annoying alarm clock tear through the silence. *BEEP!* *BEEP!* *BEEP!* Cole’s eyes spring open. He awakens to a bed drenched in his own sweat.

Still overwhelmed with the intense emotion from his dream, Cole reaches over to silence the alarm. Sluggishly he crawls out of bed to begin his day. He shrugs off the thoughts of the dream thinking, it’s only on his mind from all the recent talk in the news about some “Super Solar Flare.” Still waking up he walks into the bathroom to brush his teeth. Checking himself out in the mirror he flexes, admiring his work. Looking back at him, a dark-skinned man in his late twenties sporting a small black afro. He walks into the kitchen gathering eggs and milk from the fridge, then sets the table for breakfast.

“Hey Dimitri! What sounds good for breakfast?” calls Cole loudly with a deep voice that carries.

He turns on the TV before making breakfast for the two. Cole watches only for a few moments before continuing his task. On the TV, people in business attire gather around a table. The host announces, “Good morning America! Welcome back. Having caught the attention of major scientific communities around the world, today we are taking an in-depth look into the continued controversy of the solar flare phenomena. With us today to explain what’s going on is Dr. Neil deGrasse Tyson.” After the hosts of the show make introductions Neil and the interviewer begin bantering back and forth. Cole’s attention is recaptured by a question asked by the reporter.

“Now Neil, what explanation would you give for those horrifying groaning sounds resonating throughout the world? Many people think that it’s an angel playing his trumpet, sounding the beginning of the apocalypse.”

Neil replies, “That explanation does sound interesting, but I believe it’s a voice of a magnetic interruption from space. Our sun has been in an exceptionally active cycle and the earth is getting hammered with electromagnetic particles. I believe what we are hearing are ‘Space Quakes’ resonating with the earth’s atmosphere itself. Those deep groaning tones are essentially the electrical feedback produced by solar flares disturbing our magnetosphere. Due to strong solar flares, the lines of the earth’s magnetic field are stretched out until they pop like a rubber band.” The TV displays visual representations of the topic. Neil’s voice continues in the background.

“This is how the solar flares are being made audible upon contact with the Earth. In many of the reports people describe the sky becoming brighter, followed by the sounds. More evidence of this are the hordes of dead birds being found throughout the world. Their internal compass becomes distorted causing them to become lost and disoriented.”

The reporter interjects, “This is all very interesting. Now what we really want to know is do you accept this ‘Kill Shot’ theory? It’s been receiving attention in the science community as of late. Is it to be of any real concern?”

Neil reacts wildly flailing his hands, “It’s not just a theory! It is a pure scientific fact that the sun has been going through changes! Cycles if you will. The cycles from our sun have been going on for longer than man has been on this earth. Powerful flares from the sun strike the earth all the time! We don’t pay them any mind because we are protected by the atmosphere that acts as a natural barrier protecting the planet. The Kill Shot is a much more powerful ‘Super’ solar flare. It could breach our Earth’s shielding effortlessly. Scientists around the world have been studying the sun for a long time, and they all reached the same conclusion. That is, that the sun is entering a hyperactive phase in its cycles causing the multitude of solar flares we’ve been experiencing lately. These flares act as indicators, or warnings. The sun will manifest something bigger, the ‘Kill Shot.’ Scientists have already documented the geomagnetic codes in rocks that show the earth has seen giant flares like this before. Why do you think the governments around the world have been creating those massive doomsday bunkers?”

Cole loses interest in the show and goes back to making breakfast. He’s been harassed with this type of talk on the TV for months. The fact that Neil is talking about it now means it’s old news. Neil continues his speech on the TV.

“People will form into gangs, looting to survive. You know they say we’re only nine meals away from anarchy? Cities will be uninhabitable. Millions will be dead in a matter of weeks. Billions all over the world. All systems will rapidly break down. Traffic jams will affect the roads for miles. When this crisis happens, it will happen before people have the chance to react. Now what’s really interesting is if people are warned about an epidemic they tend to react less effectively. They choose not to take warnings as serious as they should. I am telling the viewers watching now, you should take this seriously! When this happens there will be chaos! Pure anarchy! In New Orleans it took only four days for it to go into anarchy. We need to be prepared for the worst people.”

Cole’s attention is recaptured when a hacktivist group takes control over the TV broadcast. A floating mask with a distorted voice announces, “We have gained access into several government databases. We obtained information proving that the governments of the world know the Kill Shot flare is coming. Unfortunately, it is sooner than we all thought. We have a matter of days at most. We have also learned that the governments have been creating secret bunkers around the world in preparation for the flares. These bunkers will serve as salvation for many lives. People of importance have already been transferred to these safe havens. CEO’s, musicians, engineers, doctors, and scientists. Anyone of importance that could help rebuild society. More importantly, they are building concentration camps to control the overflow of people left out to die. The new world order, controlling the governments, are planning to use the flare as a form of population control.”

The screen changes showing red dots on a map of Utah. “Here are the locations of the bunkers in your area. Go to these locations if you wish to survive. Be warned the bunkers will be heavily guarded. Not all people will make it in, but we need some to survive. We are not doing this to bring destruction to governments. We want people to know all the information involving their lives, then to do what is right with it.”

The hacktivist voice turns to a more sinister tone. “During our search for information we discovered a more disturbing fact. We now declare war on the cult that calls themselves the 12 Monkeys. The 12 Monkeys are trying to further armageddon by killing our fellow man during this time of crisis. They have a plan to set off hidden nuclear bombs in cities around the world. It is unknown how many cities have been implanted already, but we know they will ignite worldwide soon. The 12 Monkeys must be brought to justice for this attack on mankind. Remember, together we are strong. Expect us.”

The TV resumes back to its original programming. Cole instantly darts out of the room calling for his nephew.

“Dimitri! Come on buddy we gotta get to a bunker. Grab some clothes. There’s some seriously bad solar weather on the way!” 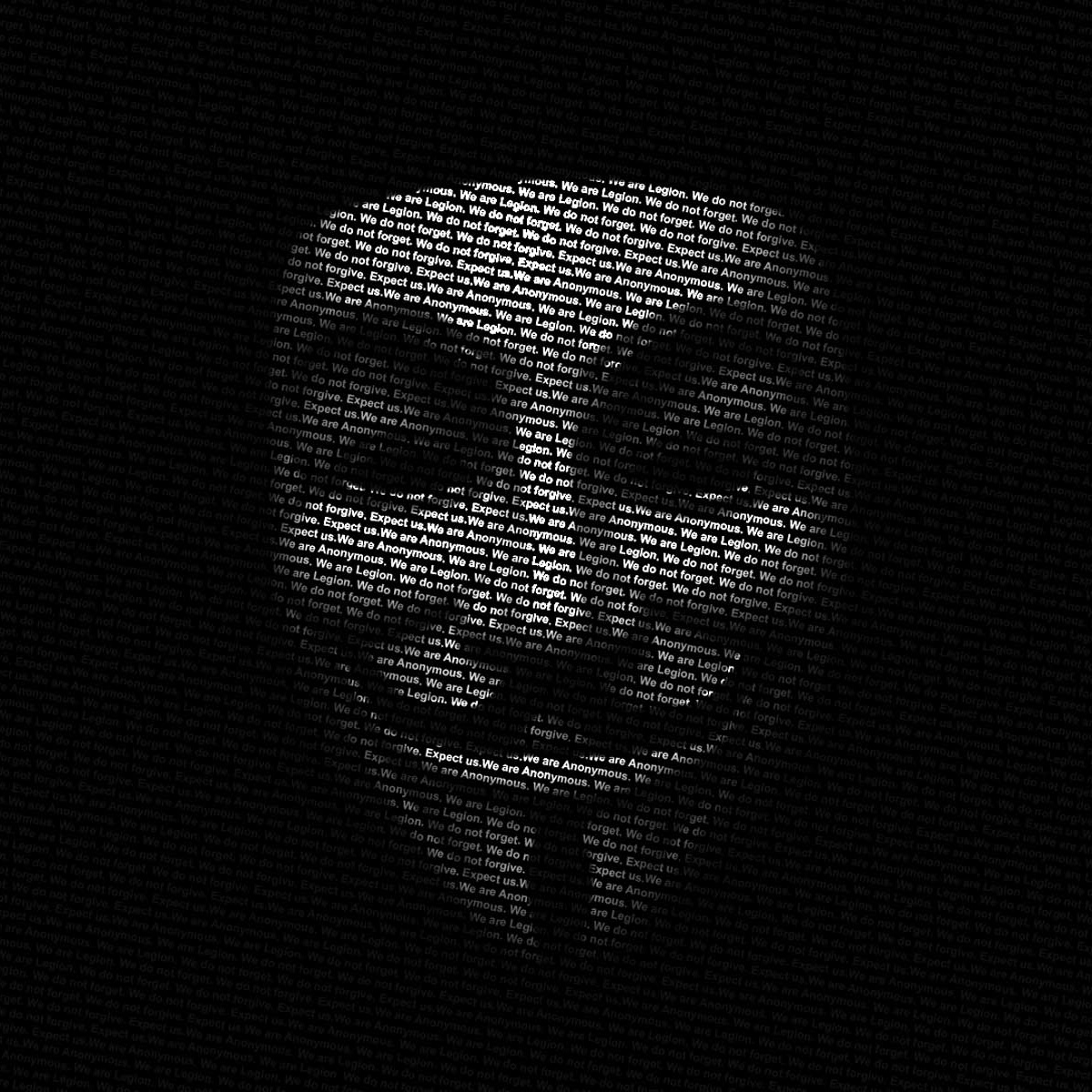 Continue Reading Next Chapter
Chapters
1. Arc 1: Cole’s Will Chapter 1: The Beginning Of The End
Further Recommendations
On Your Knees by Raven Flanagan

nat: Beautiful written, live the characters and descriptions…: raw and true… thank you author for this story

Read Now
The Lycan's Maid - His Maid #4 by Tamar Leo

sarinah06: The story is quite catching and it is a good read. I would recommend looking at the typo's. Keep on writing!

Samael: Well, this novella "Life Arranged" was pretty good. What I liked about was the strong plot (actually), the characters, and the ambiance - or what I think is the mood of the story. But, I didn't like the fact that this was pretty snappy. Like, little detail has been written on every chapter which ...

Susanna: Really loving this story so far. I have really enjoyed the whole will he, won't he aspect of the story. Can't wait to read more

veebrown22: Beautifully told story. Always remembering, we get a second chance at love!

Read Now
The Queen Of Tricks by M.J Thomas

Emmeline: I started this as a lazy Sunday morning read, and I may have missed the morning completely I could not put it down. Very well thought out , and I loved the detail in the story!

Erica: I really love this series even if they are short . I love how everyone has a Gated Mate and they have to find them also I love the sex scenes they are hot 🔥🔥🔥

Sarah J: This book reminds me of a mixture of mulan and werewolves, it is very interesting I certainly would recommend.

Omolabake Olagbaju: Awesome book 📖 love it 😍 Can’t wait to read more of this, And the writer is good

Maryke Le Roux: Awesome story thank you so much

Maryke Le Roux: Awesome story thank you so much