It was the night at Nagyecsed, Hungary, and there were small villages afar. It was also a tourist site as well because of the Ecsed castle. Ecsed castle was now a ruin, but it was still a tourist attraction for many visitors worldwide. No tourists were allowed to go inside the castle, except for those who work to clean and preserve it as well as for another man.

The one-man was walking within the castle ruins and into the most preserved part of the castle. The castle was his as he bought it off the government for a decent amount, and he promised that tourists would be allowed to tour it to bring the country more tourism.

However, the man was to decide if the castle would be open or not, and it was one of those days that it was not. The Ecsed castle once belonged to none other than the infamous blood countess, Elizabeth Bathory. The countess was known to murder young peasant women and use their blood for bathing, for she believed that their blood would preserve her youth. After the countess’s death, all else was forgotten, and her children and so on took over the castle and other properties of the Bathory family, but not many knew of her descendants. There were a few, but they were now among the common people, except one.

His name is Ferenc Nadasy, who was named after Elizabeth Bathory’s husband. Ferenc stood at five feet and eight inches tall. He had light olive skin, and he had a muscular build and a broad face. His black hair was slicked back, and his eyes were black as night and filled with mystery. He kept his beard clean, cut, and nicely shaved. He is one of the many descendants left from his father’s side. However, he and his family kept it secret since they didn’t want too much attention, especially in high society. His ancestors tried their very best to keep their status. Some failed while others succeeded. However, his family knew that titles alone would send their children to school to better their status, and Ferenc was part of the success story.

He was known throughout Hungary and Europe and was wanted by many women, and many were after him. To the outside, he was known as handsome, charming, intelligent, and rich, but that was something he wanted the world to know.

There was another truth that to him.

He was sadistic and had no care in the world for the suffering of others. He used others to get to where he was and enjoyed their suffering. Ferenc also had an enjoyment to abuse and torturing women. He would sleep with them and dump them on the street as he viewed them as trash.

Ferenc walked inside the castle and looked at the paintings and belongings that once belonged to his ancestor. He smirked as he remembered the cries and begging from women who wanted him, who wanted his love, affection, and attention. Ferenc would laugh at them, embarrass them. He would hire some men to take pictures and videos and post them online, only adding to their humiliation. The middle-aged man would make them seem that they were the insane ones, even if the women tried to explain that he was the insane one.

There were times when some of the women tried to get revenge, and that was when Ferenc used that to sedate one of his urges.

His urges to...kill. Once, he took a certain woman out on a date, and as she offered to open her legs for him, he took her to one of the castles he owned, and that was when he acted on his urges. He tortured the woman slowly. It made him feel excited and powerful. Ferenc did the deed and killed her; however, he hired his men to make it look like a car accident.

His men dared not to say anything since he knew everything about them and could make their life a living hell. Either way, no one would believe them.

Ferenc stopped in front of the portrait of his ancestor, Elizabeth, and looked at her eyes. He knew that he inherited his blood lust from her. 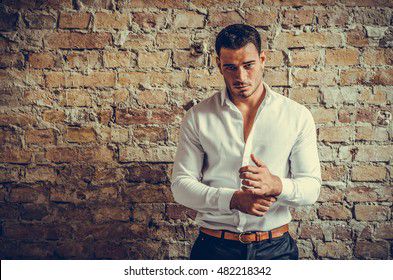 Princess Ayesha: Do I need to convince Readers here to read Kashmira Kamat's another Amazing👌🏻 Dark⚫ Romantic❤️ thriller 🔥✨? Readers 🤩 without second thoughts, Please do read this Masterpiece novel by Kash, This Story is just Unbelievable 😱❤️🔥✨💯👏🏻👌🏻

Genevieve: I like the book and I would tell people to read,there’s some words spelled wrong but who cares

Brandy Farley: This is a great example of a horror book in its true glory! I didn't expect that ending and I was pleasantly surprised! Great writing CityKim!

Read Now
Possessed by her heart by M.K. Rissen

Tarrare: Midnight Road is a thriller about a road accident that leads to the discovery of a supernatural beast. I did enjoy it, however I lost interest in the characters at around Chapter Three. Chapter Two was dedicated to a character you don't even know nor need to know as thoroughly as described. It is...

Miss Marie: Yep. I like the craziness in the book.

suzipuzi: will you continue with the story. very good book

Read Now
Intruder Inside My Soul by Ewylja

Read Now
Not A Dream by Sapphire A.

Hannah: I loved how it just kept getting interesting and it drew me more and more into it and I just I love all of it other than I don't quite understand what she was felling in the beginning when Mase had her and she felt a bee like sting? But other than that I love it