I'm an author and a manga artist of a wide variety of genres. I have some work on inkitt, but to see my complete works, search Samantha (Ginger) Branum on Amazon. Thanks for reading! 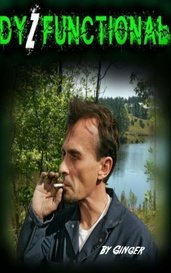 Kaz is a simple southern soul... who happens to have Dissociative Identity Disorder. Ivy is on the run from a dangerous abuser, and she finds herself in Alabama just by chance. Zak is the primary...

Other / Romance by Ginger • Ongoing • 6 chapters 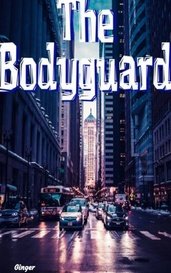 Raymond Salem has a steady crime routine - a routine of running guns. But the moment his sins catch up with him, Ray is forced to break out of prison, adopting his old name, Osmond Williams, and de...

"Aileen Smith" that part in chapter 14 got me. I LOVED that.

Threw me for a while, because I have a MC called Aileen too, took me forever to imagine your Aileen differently from mine. xD Overall, I say the plot is excellent, though the grammar and general flow of words can be polished, but that's true of everyone's work on Inkitt.

Loved it. Sorry it took so long to finish.

It's interesting to see how mythological worlds might function and how they might all interact with each other (can't seem to pick a favorite character, lol). I will say one thing; there's supposed to be a space after elipses. Like...

"You dare accuse me of this... this monstrosity?!"

There's supposed to be a space after elipses (after the three dots indicating a pause in conversation). Could just be a typo, though. Nice work!

So, the story itself is gripping as hell, and I enjoyed every moment. Sorta imagined it running through my mind as an anime, maybe because of the awesome cover.

Anyway, I also noticed that the grammar steadily improves between chapters 1 and 3, which is good. I still think comma placement could be worked on, though. Like...

This ^ Is supposed to be written like "Listen up, asshole," Tadashi said.

Also, you could use the word snarled instead of said if you want. There's nothing wrong with 'said,' but you wanna mix it up sometimes, change the word 'said' to a synonym. You're steadily getting better at these types of things, though. I spotted that progression the further the story ventures.

All in all, it's similar to a lot of stories I've read - not because of the plot or the Japanese-esc theme, but because it shares the hindrance of having an excellent plot while tiny technical errors remain prevalent, diminishing the story. A lot of writers have to muddle through this stage before they get really polished, and it's not to be discouraging - just means you gotta keep going until your skills upgrade from silver to gold. :)