The Illogic is here to make you happy with its books, and I certainly will try to please your eyeballius-jiggiums. 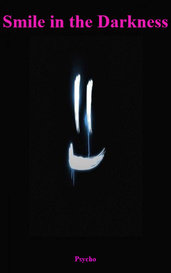 Smile in the Darkness

A young dragoness tries to flee from the darkness she inherited from her family. Not everyone sees darkness as 'evil', however. A young dragoness' innate dark powers start to awaken one day, and sh... 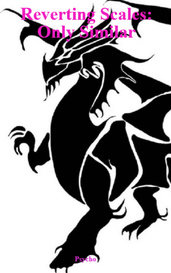 Naydrus learns how dragons live without the hominids to guide them. Her growth also brings about new desires that she doesn't want. After she met with the First of All and learning of the true orig... 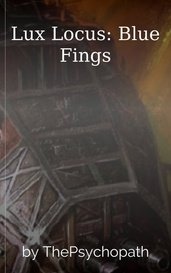 The Puwandese Big'Un Crumpagump decides one day that he wants his own warband to be bigger. One is found three systems away, so he goes on a rampage just to kill a single, opposing Big 'Un Warboss.... 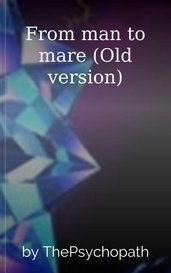 From man to mare (Old version)

Backup of FMTM for those who might not like the rewrite of it. Be wary that this one's replete with 'comic book effects', parentheses, and lots of edgy emo dialogue I thought was appropriate. Old, ...

Adventure / Based on My Little Pony: Friendship Is Magic by Psycho • Complete • 12 chapters 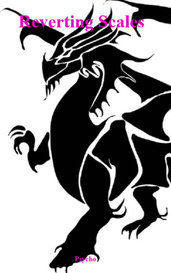 Born within a hominid city amongst complacent family members, the dragonling Naydrus is torn between the love she has for her siblings and her vehement hatred against hominids. Becase of her hatred... 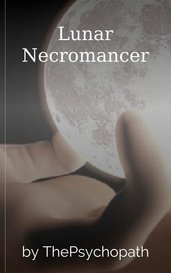 A young child follows a necromancer to a hidden underground city where spirits roam rampant and the necromancers empower themselves and their aspects based on the phases of the moon. An incident in... 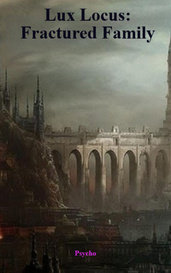 As a prosecutor, Zenith Canka's job is to assess the 'arrival' of gods new and old. During such a task, he is reunited with the sole reason he persists into his fifth century of life. Zenith 'Night... 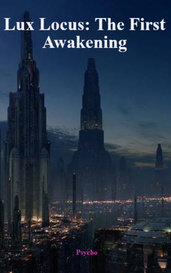 Killigan Ghor, born a blacksmith, finds something in a swamp behind his house, putting him on the road to becoming a Pillar Scieldan to protect his home and his father. He discovers that the pillar... 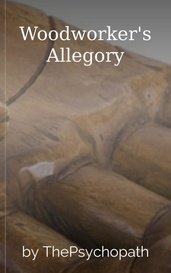 An entity appears after the conquering of Harmagin by the neighboring country of Barlan. One that unintentionally sets off the sparks of unrest when more sinister things are lurking within wood. Ol...

Overall score: 3.5
First, I noticed that Calvin likes to put "They say that" a lot at the beginning of the chapters, and did so for the last chapter. For the first chapter, it made sense. For the second, it made a little bit of sense. But for those that came after, within the context of the story, it doesn't make sense. It did make an interesting send off for the last chapter, though.

Now, for the story itself, The concept is interesting, and what happened 'after' (not spoiling) interested me even more. The ideas employed caught my attention, especially when *they* came on board, implying that everyone had forgotten the initial project.

For the first two chapters, while lacking in details for the surroundings, got their point across without hanging on for too long. The consequences of certain actions had lasting repercussions rather than being a brief cut that would heal quickly. We also get the goal of the main character and why he's striving to attain that goal. Don't hesitate to draw the world around us so we have something to 'see' while we read.

There's also a switch that happens at the end that I found somewhat interesting. The problem here comes from the fact that we know next-to-nothing of the main character other than that he's poor and his philosophical views of society. It doesn't get us truly invested in him, which tarnishes the desired effect at the end.

Some heavy issues, separate from the story itself, was the grammar and structuring. I wanted to leave feedback, but Inkitt isn't working for that option at the time I'm writing this review. When quoting in a paragraph, and the quote ends it, keep the punctuation outside the quotes. You're quoting something, not writing dialogue. Like that you remember for the future.
The chapters after the first two were filled with some big errors and should be looked over, as there are words missing, words that don't belong (likely leftovers fro rewriting the sentences). Chapter 3, for example, is very sloppy, something that isn't shared with the other chapters for some odd reason.

HOWEVER. However. These are problems that can be easily remedied with a once over by either the author or some other party. If the author does that once over I'll gladly raise the score, as it's not a bad story. It's just kinda rushed and could use a bit more fleshing out, especially for the main character. If anything, flesh him out so we grow attached, but don't exaggerate on any negative aspects of his life. Problems go both ways, whether good or bad.

A full and richly detailed world, but with some punctuation difficulties

This is a story that isn't made for me since it's very slice-of-life, but I can still see plenty of quality regardless. Don't be fooled by the state of the blurb. Set in a renaissance or victorian-esque era (to my understanding), Freedom or the Crown sets about telling a tale by smoothing the reader into the world and attaching them to the characters, no matter how mundane they and their position might seem. The characters are crafted in such a way that they mesh with the world and don't stand out outside of their rank, which is rare to see. Every character has an important role to follow in the to an extent, so very few, if any, are throwaway. The flow of the story is also calm and smooth. There's no rushing from scene to scene just to try and get to the end as fast as possible. They end calmly and appropriately relative to context.

It has minor fantasy elements within it, like magic barriers and telepathy, but these aren't touted as grandiose and amazing elements. They're every day occurrences and elements, like eating and breathing, so the flow of the story isn't broken just to say 'oh look, big explosion'.

Another element I liked was the detailing. There are plenty of details in a scene so you can get a very good picture of what you're looking at and what the character is doing. They even add moments of activity during dialogue to give the reader a 'breather', so to speak.

For the negatives, they have issues with punctuation, specifically with commas. Considering the problem is consistent, they'll need a friend or someone else to tell them all the problems and what not to do. This really only needs mentioning for the first chapter, so as not separating a pronoun at the end of a dialogue with a comma. There are also a few typos and forgotten words, but these are easily remedied.

Unfortunately as mentioned at the start of this review; I was unable to keep reading as this story is heavy in slice-of-life, but I skipped a few chapters ahead a few times, and the quality mentioned here did not drop. It's consistent and it's very solid. I've recommended it to two people to whom this type of story interests greatly as a result. They're better at reviewing than I am.

Keep up the good work. With some polish, it can very well be its own big book in the future.

A great start to a potential series

We already have established characters at the start of the story, although they still have much room to be built upon. While one such character seems odious, it fits with how people of his stature were seen as during the time period akin to our own olden ages.

I am eager to see what comes next, as characters like Demeter and Odium look like the kind whose moralities, although opposing, would cause them both to be at each other's necks during very 'weighty' situations when choices have to be made. Both want to act for their own perceptions of good, but which one is right and which one is wrong?

Okay. Firstly, the summary is quite pretentious. A 'perfect' mystery thriller. Never claim that any of your works are 'perfect' or 'the best' or anything in that vein.

Secondly, your grasp of the english language is not developed enough for you to be writing a story in it. I assume you're writing here to train and improve yourself, which are both very admirable of that is the case. Unfortunately, as said, your current level is abysmal. You have issues with your definite and indefinite articles, specifically 'the'. I noticed you rarely ever used it in your dialogue. There are a plethora of sentence fragments, and you also employ redundancies a lot. I can't just give one or two examples because your chapters are rife with them. I also noticed you using the contraction 'it's' when you meant to use the possessive 'its'. There were also cases of strange punctuation, such as em dashes sitting in the middle of dialogue.

There's also the problem of you literally rushing through the plot. You don't detail anything nor give the reader time to breathe through the lines. It's just scene after scene after scene. I can tell that you're just trying to get to what you think are the 'best bits' of your story, but that's not the way you write a book. Rushing through doesn't give it substance, and apart from your summary, I still don't know what the story is about. I just know that there's some college kid who is interested in his dad. Okay. And? What sets the interior of plot apart from others? The first chapter was also confusing. It doesn't seem very useful or important to what we have so far, and this is supposed to be four chapters long so far

You have a basic understanding of character detailing, though, which is a good start. If you can streamline their physical details and even introduce them through their actions and/or character interactions, that would be even better.

You also have the basic skeleton of a plot, but you need more work in your english and more patience with your story-telling. Try and see what (good) authors do to detail things. Don't hesitate to connect two or three sentences for detail.

Lastly, on a more personal note; another 'X' story? You can do far better than that for the name. 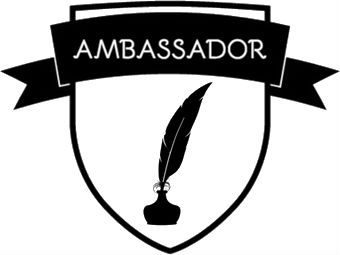