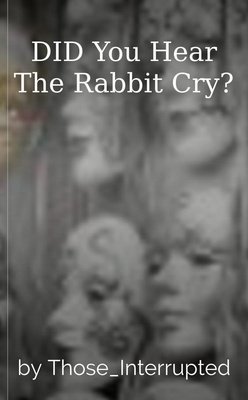 DID You Hear The Rabbit Cry?

It seems that Harry has DID (MPD). To him, this is nothing new. He's known of his alters for as long as he can remember. Magic, however, is a different story entirely. (Currently in Book 3)

Drama / Fantasy / Based on Harry Potter by Those_Interrupted • Ongoing • 65 chapters 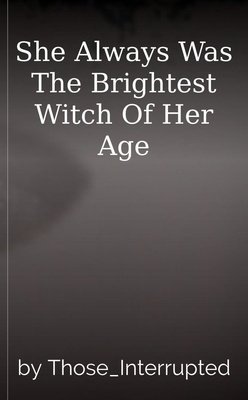 She Always Was The Brightest Witch Of Her Age

Granger's caught Bellatrix's attention, and she isn't eager to let her new obsession go. Hermione finds herself the toy of a madwoman, and she no longer minds it as much as she should.

Horror / Romance / Based on Harry Potter by Those_Interrupted • Complete • 3 chapters

I don't know which one of us is real anymore. by Untold_Chaos
Overall Rating
Plot
Writing Style
Grammar Punctuation

Like the other reviewer said, what you're describing really isn't Schizophrenia, nor does it accurately portray Dissociative Identity Disorder (Multiple Personality Disorder). Schizophrenia, contrary to popular belief, has nothing to do with alternate personalities, and it involves more symptoms than just hearing voices. With the DSM-V, voices alone wouldn't even warrant a diagnosis of Schizophrenia in the absence of accompanying delusions (though technically this could merit a diagnosis of Other Specified Schizophrenia Spectrum and Other Psychotic Disorders). Other than hallucinations and delusions, those with Schizophrenia often suffer from disorganized thoughts, a "flat affect," difficulty interacting with others, poor "executive functioning," and memory problems. It's extremely rare for symptoms to begin at such a young age; more commonly, symptoms begin in the afflicted individual's 20s. In general, the younger that symptoms begin, the more severe the disorder's presentation is.

In contrast, Dissociative Identity Disorder is caused by long-term childhood trauma and involves the presence of two or more dissociated self states that are capable of taking control of the body or intruding on other self states in a way that can produce time loss, black outs, or amnesia. These self states, or alters, are usually well hidden from everyone, including the main, or host, personality and act in internally consistent and logical ways. That is to say, alters act in whatever way they see as best based on the limited information that they have available to them. Alters can range from presenting as little more than personified emotions to almost fully developed and differentiated individuals. Those with Dissociative Identity Disorder almost always have co-morbid PTSD and often suffer from additional disorders such as mood, anxiety, or eating disorders.

This story plays off of a popular stereotype that combines both Schizophrenia and Dissociative Identity Disorder into something monstrous and horrifying. In reality, those with mental illnesses are far more likely to be harmed by others than to harm someone else, and part of the reason for this is the media's portrayal of the mentally ill as dangerous, encouraging backlash from the uninformed public. This story reinforces dangerous ideas that perpetuate this violence and rejection of some of society's most vulnerable. The narrator is portrayed as loosing touch with reality and liable to slip into a state in which they can be destructive and harmful because of the voices that they hear. The beginning of the story is even written in such a way so as to mislead the reader into thinking that the narrator has just harmed or possibly killed another person. This is a very dangerous stereotype to play to.

The plot itself isn't overly original, and it's unrealistic in ways that are hard to ignore. For example, why is the narrator not in treatment if their parents know about their symptoms? If their symptoms are this distressing, why are they not on anti-psychotics? As well, what were the signs that the narrator noticed that led them to begin questioning their existence? However, the concept of someone having a genuine reason to doubt their existence is an interesting one, and it could have made for a very good story if it was explored in more depth and without trying to rely on inaccurate stereotypes in order to do so.

In regards to technique, the choppiness of your sentences distracts from the story's flow. While this can sometimes be a positive stylistic choice, it requires a lot of skill and the right story mood to make it work. As well, there are some typos and grammatical errors including odd capitalization, an unfinished sentence, and run-on sentences. On the other hand, the story is still easy to read, and the mistakes aren't frequent enough to put one off the story entirely.

Overall, the story could use work and needs to be divorced from its portrayal of Schizophrenia, but it has an interesting premise and a lot of potential if a few small details are worked out.