The Unreality of Walter Fox

The mighty may fall, but the meek are on the rise…at least that’s how Walter sees it. He started out as a blue-collar nobody on the verge of an emotional breakdown, expecting no more from life than... 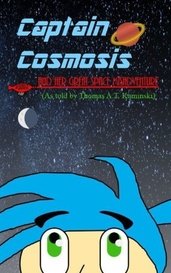 The story of a girl. Well, of a woman. Well, of a non-human woman. Half-human, strictly speaking. And “story” might be underselling it a bit. More accurately, it is the epic recounting of the legen... 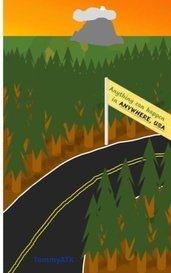 Anywhere, USA: The Case of the Bloodsucking Beasts of the Night

Welcome Traveler! to Silver Furrow National Park—a land of untouched forest, pristine wilderness, and every type of ghost, goblin, or ghoul you would ever hope not to imagine. “When nobody’s dying,... 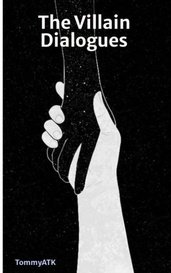 Two of the most feared and revered super-beings finally meet face-to-face for an epic showdown of good versus evil. Too bad neither of them can use their powers. Guess they'll just have to talk thi...

The short tale of a girl as she copes with an undead curse, "I Am Catalina" takes a more grounded look at the pitfalls of living with a lust for human blood. Forget sparkling in the sun and human-werewolf-vampire love triangles, what about remaining a child forever? Or missing out on friends and fun? Or having to stay locked up in an increasingly strained household? These are the struggles that plague Catalina in the aftermath of her transformation: struggles which most of us can relate to, whether we have a set of razor fangs or not. Thus, though "I Am Catalina" may have a monster as its main character, it is above all a human story at heart.

Weird, but in a good way.

This is a superbly fun idea of a story. Secrets and infighting among the head-honchos of Heaven and Hell? Yes, please. The various characters have interesting relationships with one another, though it seems only Lucy and Death got a full arc. I also like the use of fourth-wall breaking and self-deprecation by the author, but at times it feels laid on a bit thick. As far as grammar and punctuation are concerned, there's some work to be done, but nothing that distracts too much from the story. Overall a good read. Keep it up!

While there remains much work to be done, The Eruption of Vesuvius has the makings of a gripping survival tale. Being set during one of history's most famous natural disasters already gives it a certain level of thrill. Having both main characters be (what seem to be) children elevates it even further. All it needs is a bit more spit and shine, then I can definitely see it being a great short story. Already it's like nothing I've seen before, so kudos there.

This is a quick, cute interpretation of the Powerpuff Girls' origin, clearly drawing heavy inspiration from The Powerpuff Girls Movie. It's fast-paced and snappy, generally to its benefit, but it certainly relies on a working prior-knowledge of the characters and locations. While it does offer some creative divergences from the source material, I felt there were many missed opportunities to truly set itself apart. For one: this story seemed to want to be a little edgier than the original, but aside from some minor language, Cartoon Network wouldn't have batted an eyelash at showing this at the same time the original show was running, as the censors back then were astronomically more lenient than today. Another interesting point where it didn't quite diverge as much as it could have was with the girls' mother. It was certainly a unique approach to have the girls come into their powers after already having lived a life as "normal" kids, and thus introduce a sort of mysterious backstory as to their mother's absence, but the fact that they did have a mother didn't seem to drive the plot in any way that wasn't achieved through other means in the movie. Maybe if the mother died in some way that the girls felt responsible for--even if unreasonably--then there would be a stronger push for them to face Mojo and save others. Just a thought. Otherwise a very fun read, and I look forward to anything else that may come of it.