I once wrote a story about a fairy that could conjure tacos - and it came true! 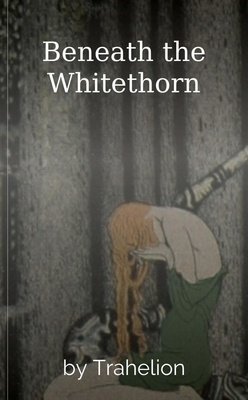 She shook her head, and tears were gone, and the mournful expression replaced with the coy smile that seemed most at home on her lips. Never had he felt such adoration for another... 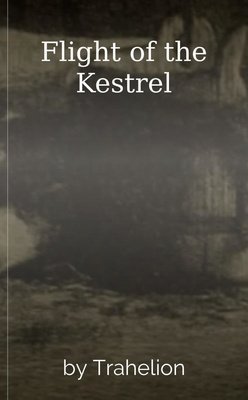 Flight of the Kestrel

Facing a life of slavery, Jorene sets out to carve her own place in history instead of the kitchens of those she despises. 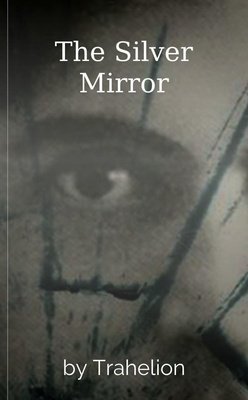 Fortune and Fame make for fickle friends in this short story about a man who falls into luck, becoming a silent movie star. But is it luck and superstition, or were other forces at play?

Other / Drama by Trahelion • Complete • 1 chapter 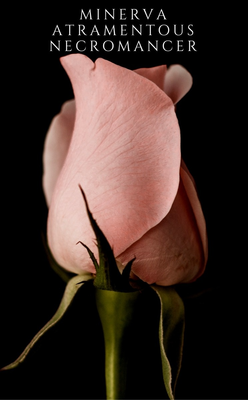 The lies and illusions of Imperial life are shattered for the young necromancer when her grim powers reveal a world-threatening conspiracy, and the heavens themselves are torn asunder. 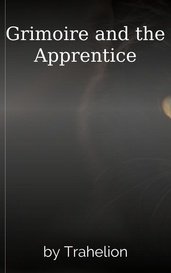 Grimoire and the Apprentice

When the apprentice of the Great Wizard Caphilan begins to plot against him, Grim the familiar rises to the occasion to thwart his wicked plans. 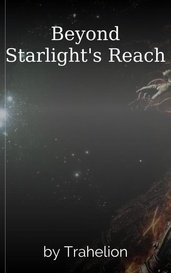 No longer content with a life of stale luxury, Anders Eselles coerces his bodyguard to aid in his escape from his father's gilded cage. Of course nothing goes as planned, and space is cold and dark.

This story felt like a highly refined campfire story to me, one that could be easily remembered a retold, gathering the attention of those looking to spooked.

Of course, I would expect nothing less, I have always enjoyed reading your work and seeing your creative process.

A little insight to an unusual world

I was pretty excited to set aside time to delve into a story that managed to surge to the top of the charts overnight.

It falls a bit flat, in my opinion, but I believe it has a lot of potential. I think even breathing some more life and detail into would add some depth and complexity into the overall reach.. There isn't much I could say that wasn't already addressed in the previous comments. Again - there is some potential here.

I look forward to reading more from you.

You can know you're a good writer when you can drag (yes, pun intended) into a story that probably wouldn't interest them. I'm much more into fantasy and magic, but you illustrated such depth in so little time that I had to save it to read later.

Your descriptions of the scenes felt as if I were there, so wildly vivid that I could imagine the drink in my hand, and that distinctive smell of spilled beer and faint cigarette smoke. And your character, I could feel her fluttering stomach and rattled nerves, from her time before the show, and while he was performing his act - feeling that relief of it ending easily and the sudden sense of change in the atmosphere was so... human. I loved the way you even ended it which added to the reality of the whole story.

I hope you're continuing to write, as you'd certainly have a reader in me.

(Also, is this a recounting of personal experience? I've seen a few drag shows, but never a drag king show. I think I'm a bit intrigued.)

I enjoyed your story here. I honestly didn't know what to expect as I read along, and it definitely kept me intrigued! I have a few simply qualms in certain parts of the narration, but overall I found this to be very enjoyable.

I think these characters could be pulled together into a series or longer episodic work with a running plot. I'd certainly read it.

I think you have a promising story going on here, however there are some issues that cause a bit of a stumble as I was reading it.

There was some difficulty following what was going on, I think if you retooled some sections to blend description among the dialogue tags, and build up more on "Show don't tell", you would benefit greatly in keeping descriptions in order.

I would love to continue reading this or seeing any new work.

I can has medal?

This is the first story I've read of a heroic cat, so I can't just say that it's my favorite - but it is.

You did a fantastic job of painting a very clear world with your words - it unfolded before me in lurid detail. The voices of the characters were strong and unique - I felt like I could almost tell who was talking even without the indicators. (And you have some pretty cool names in there, too, by the way.)

It also hinted at a very complex world with an uneasy history that I feel would expand as we read on. I hope to read more from you some day.

I really really liked this. How she went from such an abusive situation to running from a crazed necromancer of sorts (His 'Wanna see trick?' line made him seem deranged or crazy, but I guess having a whole undead army would make him either of those, too...)

It was like like out of the fire into the frying pan. I would love to read more - and I would like to see more details - I had difficulty understanding her surroundings. But I suppose when you're running from a horde of zombies you're not noticing all that much.

In short - I loved it! Awesome stuff and I would love to learn more about everything.

On The Wings of a Dragon

Author Erin Swan displayed her masterful talent in drawing me into Andra's life with a mixture empathy and enrapturing history.

The lead character was already a very strong young lady, and proved herself to be adaptable and clever. I found myself growing giddy with anticipation for the next twist of her wild adventure.

The world of Paerolia is rich with history and custom that rivals our own. There is a delightful mysticism that is woven throughout the story, that helps to build the surreal setting.

Her writing style let the story flow easily, and I lost track of time while reading it. I'll happily give this story five stars.

Holy Guacamole. This is certainly quite the chilly tale. I've always been perplexed by people who fear clowns - A friend would have full on panic attacks even from the picture of one, I think I chalked it up to a primordial sense of when there were other human subspecies that triggers a "Human but not quite" alert in the brain.

Certainly this colorful killer falls under the "Not quite". I really enjoyed this, horror can be a real nightmare to write, but you have a great sense of pace that escalated and brought a shocking crescendo, leaving us to bask in the aftershock.

This was an amazing cute story - I absolutely adored it. I think it would be fun to see more of it, like how people post accounts for pets on facebook and Instagram. I was left a smile on my face, and wanting more.

I found your writing style to be interesting. I had never taken the time to read where the narrator was addressing me directly. I sincerely look forward to reading more from you.

Read the story now
We found something in the woods behind my house. by Annabel_Lee
Overall Rating
Plot
Writing Style
Grammar & Punctuation

There was a sense of this story that felt so... real. In a sense that it was like you were recounting something that the writer had experienced, and I really appreciate that vibe.

I'm assuming that the baby was drowned - on purpose or by accident - in the tub that kept filling. I was trying to figure out a reason for the window to keep opening, but that may have just been part of the spooky factor. Although growing up I am 99% sure one of our homes was haunted and none of the odd goings on made any sense.

But in all, I found this to be a fun read, thank you for your hard work and sharing it.

The force works in mysterious ways

This was quite the entertaining read - I don't read fan fiction but I gave this one the chance and I'm pretty glad I did.

It was an interesting concept and sort of goes along with what I was totally sensing when I watched the movie.

While I started this tale hoping for an actual Anthropophagi monster story, I was quickly reminded that humanity is by far the most frightening beast. The reason being, we're real and there is not much we haven't done.

Great work here, and at the end, I was expecting the lady narrating to be lying about what happened - that she was actually the killer, but a victim called which she killed, and assumed their identity. Or something, But at the same time her patting her stomach was just... Unsettling in the best way.

When door closes, another opens

You have a fantastic idea going on here, and I would love to learn more about your world and it's state. (I'm a sucker for world building)

The visuals and locale seem rather unique, I'm rather fascinated by collapsed underground being exposed to the light - it would be easy to fit a metaphor there.

One thing that I had trouble understanding was why the medical supplies were illegal, and why they were forced into working under such conditions. But all in all, I think you have a lot of potential in this story.

This reminds me of something one would read from far back in the old days. I found it be quite fun and delightful to read. I hope you continue working in the way of fables like this.

If there were a compilation of such short tales I would eagerly add it to my collection!

Tales Of Magic And Faraway Places

Happy Tales And Stories For Smiles 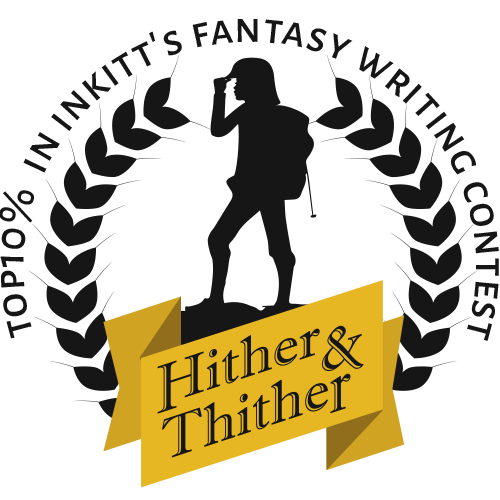 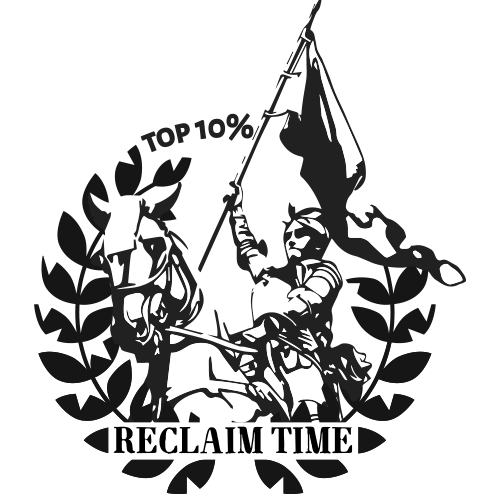 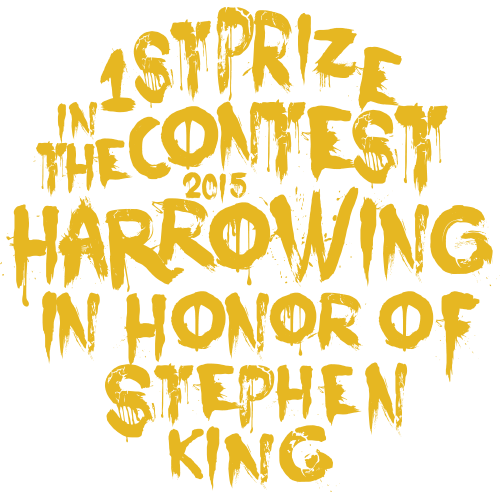