Just a kid who has a big imagination. Like writing stories, nothing to cheesy but still a little spice! Wanna read? :) 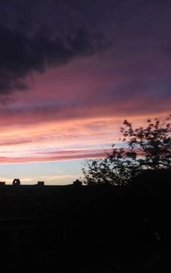 Have you ever...made a good friend only to find out that...they might not--no I don't want to think about that stuff. This is the story of me, a boy named Kennid. My middle school years weren't the... 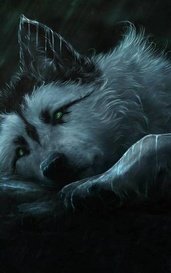 What it means to be an Alpha

What is life like for an Alpha? Why so many assumptions? How do they become the way every one assumes they are? Or...or they all just mindless assumptions? An alphas job is to protect, meaning d...

Hmm, I enjoy this book. There are many grammatical errors but it is still enjoyable. There are many mistakes and things I found off about this book and its characters; for one I feel that the character development, dialogue, and overall interactions ( mainly between the female and male lead ) are not as good as they could be. 1.)character development: I have now reached the part in the book where the male lead sees the error in his actions towards the female lead, but it was all to sudden! When did he START to see the error in his past actions? Why does he now feel this way? What exactly pushed him to hate her so much? He changed his mind about her way to quickly without even giving a REALISTIC reason. Now I want to push off into character dialogue, the dialogue between some characters, and some of the thing these characters say is honestly very out of character and cringy+not very realistic. Now that brings me to character personality; I honestly still dont know their personality its so confusing. Its like you(the author) wanted to put multiple character tropes all in one, which is fine, but you didn't know how to blend them! You also didn't know how to develop one character trope from the other. One more question, Why would the antagonist leave a note? Now onto the last thing I have to say (this ties into character development) why does the main female lead like him right from the get go? She literally just saw him and she already has a crush...i minght be missing something but you should have gave her a little more time to observe and 'admire' him before their first interaction. Actually I have one more question, Why in the world would they just let them into the pack without any proper questioning????Not even a sniff or roll of the tummy. I have way to many questions that still have to be answer, why is he not apologizing if he feels guilty? Why did he even say those things there was really no reason that I know or can think of??? Some of the scenes are unnecessary.
I recommend if you like drama and romance between a charming female lead and a male almost-Alpha, itndoes have it own unique sence to it and those of you who like these types of books will sure hopefully enjoy this one :)