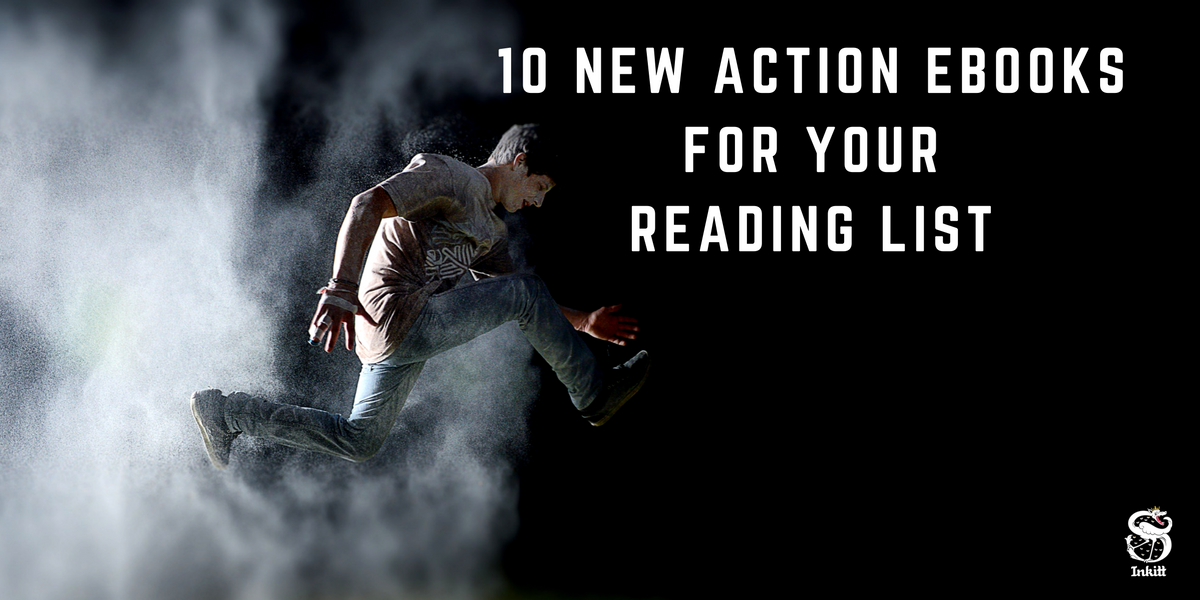 At Inkitt we’re lucky enough to have such a gripping selection of action and adventure eBooks to get stuck into – and of course we don’t want anybody to be left out – so we thought we’d share a few hidden gems with you. In this list you’ll be sure to find all sorts from time-travelling fugitives to high piracy!

From us to you, here’s 10 new and noteworthy action and adventure novels this week.

He looked into the mirror in front of him. His reflection staring back at him giving off an answer to his questioning mind. Where had time gone? His eyes held the gaze of a man that died long ago.

Nightmare and Red Hood flew towards one another, each catching the other by the fist. They stood entwined in the middle of the four way cross, energy from their suits poring off them.

Padraic looked at Chase. “There comes a time in a man’s life where he begins to ask himself who he is, and he does so far before the happenings of a broken memory—or one willingly repressed”.

Follow three fugitives and two law agents deep into the past on an adventure that will twist the very fabric of time itself. Book 2 of The Time Jump Series.

When war breaks out on the Korean Peninsula, a leader is formed out of of a nineteen year old soldier, and the man would lead his country into success and then into disaster, find out what went wrong.

7. Redmond Rogers & the Riches of Life – Adventure/Fantasy novel by TheJenniKeller

When five friends find a map that inadvertently leads the to another dimension frozen in time, can they work together and escape or will they be lost forever?

A mermaid princess is missing and her sister, the queen, wants her back. When she offers a grand prize to the first person to find her, who will win? Seven mermaids, a siren, or a fisherman?

As long as you do evil and expect good to come, what can you do but chase ghosts?

Esile peered out from behind her tree at the Drukirds. She could see their gaunt, blue faces, and crude armour. There were many of them. The alliance was outnumbered.

So that’s the end of this week’s action and adventure picks, let us know what you think and stay tuned for more awesome content!