Hi I'm Alastair my preferred pronouns are they / them . I write because it's my passion. When I'm not writing I'm either in my studio painting or out on my bike. 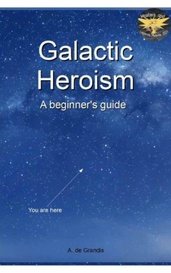 What do you do when you're a couple of happy deadbeats and you find out you've been fingered by an ancient prophecy to save the galaxy? You cheat, you dodge and you do your best not to be involved... 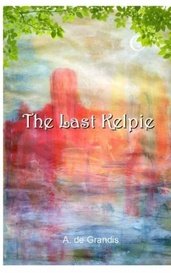 Tomos Alyn Merryweather decides to put a stop to a lot of superstitious nonsense. There's no Kelpie in the lake at the head of the valley. His plan goes wrong when he discovers the Kelpie does exis... 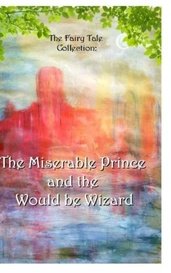 The Miserable Prince and the Would be Wizard

Book 2 of the Guardian Chronicles:
I really enjoyed this. Your style and technical writing have developed a lot since the first book in the series. This was much more immersive and the plot twist was very well done. The Epilogue was a good hook for the next part of the story. I'm looking forward to Book 3.

There were a few proof reading misses - spelling mistake and the odd bit of grammar but it didn't affect the reading experience.

The scam on the flat is a good plot device - the character's are e put in an interesting situation. Like the introduction of David as a character - adds a complication. It'll be interesting to see where the plot goes from here!

Overall I really like the story so far. You said you were new to writing and would welcome suggestions so here are my thoughts -
Proof reading - really really important. I know it's hard to spot one's own mistakes but reducing the number of errors is important.. I check sentences as I go, then I read the chapter through before I put it up then I read it again once it is posted - it is amazing how many punctuation and spelling errors I find even on the third check. As a writer you want to pull the reader into your story - as a reader the enjoyment comes from that immersion - you believe in the characters and you care about them and want to know where their story is going. If there are too many errors it jars this immersion. In Chapter 1 in the paragraph following ':Megan's Point of View ' heading I came across 'staff' should be 'stuff', 'pilling' for piling,, 'my' for me and a missing capital on Uncle. You get better and there are fewer as the story progresses.

The first few paragraphs are important in setting the scene and you do this well except unless the removers are going to feature as characters later in the story I think you have been too detailed in describing the actual moving in - I was expecting something to go wrong - a missing box - suspicious behaviour from one of the removers so it distracted me from what was the real hook - the presence of someone else and the scam. You could shorten the interaction with the removers in favour of expanding the point where Megan bumps into the person who shouldn't be there.

I think it's very promising and I hope my comments are helpful.

Intriguing idea and a good plot. I found the writing style too much 'show' and not enough 'tell'. The prologue told us far too much about the story. I think the story is good but at the moment we're informed a bit too much and not quite enough is left to our imagination. If you did a little bit of rewriting (it wouldn't be a problem if it made the book a couple of chapters longer) then I think it would be really excellent and more exciting.
I hope you find this helpful. I enjoyed reading the story.

The writing style is too formal for the characters ages. I like the interaction between them and the story setting. It's intriguing and I like the way it's unfolding bit by bit. I think it would be hugely improved by making the dialogue a little less stilted. It's got the potential to be a very good book. I did enjoy reading it.

When he wrote about us

Ace. Very intriguing plot. Well written and an easy read. Love the way the story has all these potential turning points so you can't predict where it's heading.

A thoroughly enjoyable story that captured me from the beginning. It's very well written - the author's skill is so good you don't notice it. The characters are well rounded, interesting and believable and they develop as the story progresses. . I found myself caring for them - even the Aunt!
I recommend this to anyone who wants a heart warming story with a happy ending.

A book that hooks you from the first paragraph. Intriguing plot line and well drawn characters that walk off the page full of life and vitality. I haven't read a western in a long time but I am loving this one. Right up there with the best. The author's style is easy and the prose flows along. The story and plot is well constructed. Each chapter unfolds it a little more and I can't wait tot read the next chapter. Thoroughly recommend this as a good read.

The Final Scene of Our Movie

Interesting idea and it is extraordinarily difficult to write narrative poetry. The four line stanza is a good choice for this type of poem. I enjoyed the way the ideas moved through the poem and the story unfolded little by little - great 'show not tell' writing.
The main flaw is some horribly strained lines to force a rhyme. It would be better to settle for a half rhyme than to twist the grammar. "Patience thinning 'til it opened after thrice" is very laboured, So to a lesser extent is 'until they reached year fifth.'
My criticism of the weaker lines is made in the spirit that I hope you'll be encouraged to revisit and tweak something good into something awesome.

An intriguing plot that is unfolding slowly but surely. The mysterious Izumi is a very intriguing character and I wonder what is going to happen next.
It's very well written, easy reading and well paced. I'm looking forward to the next chapter and seeing where the story goes. I wonder if Alastor really does only have 91 days.