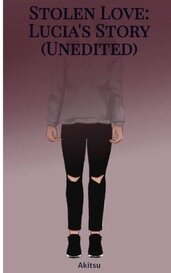 Stolen Love is Book 2 in the Love series. Book 1 is Unforgettable Love: Sebastian and Ximena. Recommend reading in order. >Falling in love is easy. Falling in love with your best friend is compli... 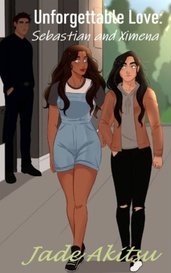 The story of Ximena and her unforgettable love begins long before she even realizes it. The kindhearted and optimistic, almost to a fault, young woman meets her love under very strange circumstance...

I really Love the dynamic between characters. They are all so different! I really appreciate the authors talent with Character development. I will be not so patiently waiting for the next book!!!

I really enjoyed this book. I have been looking for a good alien 👽 romance and this did not disappoint. There are so many characters and I really like the change in POV. Can't wait to read the next book.

All That Is Dark (old version)

Just wow. The author has such a way with words. The poetic pace of it was much appreciated. I can't wait to see what she does in the new version. I loved it so much can't imagine how it can be any better.

What a great short story. Didn't feel rushed like some do. It had the right amount of erotica to it. Also the scenes were elegantly worded. I enjoyed it very much.

I really enjoy this story. I have been searching for an alien 👽 book that is great and I fou d it here. Can't wait to discover what happens next in the series.

Beauty and Her Beast

This is a classic tale reimagined. The author has taken a well known story and told it in her own style. I really enjoyed this version. I loved it so much I read the entire book in one sitting! I really enjoyed this authors ability to describe the setting. I recommend it for anyone and I will most likely read it again as well as this Author's other works.

I enjoyed this story and the vivid world the author created. The scene descriptions were incredibly detailed. The characters were dynamic. Not only did the MC (Evie) undergo a dramatic transformation but several other characters evolved by the end of this book as well. I would recommend to any reader that is interested in a good fantasy thriller. The reader is left in suspense, at times it seems the obstacles the MC faces will never end. Throughout Evie’s quest I found myself as equally frustrated as she was. The author did a good job of making the reader feel a connection with the characters.
There were some problems in the beginning of the story. The preface is a bit wordy and reveals too much of the plot. A rework of the preface will help capture readers. The first few chapters were also a bit overwhelming with information. It felt like a lot of information was being thrown at the audience rather then gradually and naturally introducing the information throughout the book. I think the overwhelming amount of information might deter some readers from continuing. Some of the information presented was also confusing and was not clarified well in the novel. I found answers in the comments from the author. If this were a printed book without the option of communicating with the author I might not have understood fully. Once I was able to discern what was happing the rest of the book was well read, apart from some grammatical errors.
I thoroughly enjoyed the characters, the world created by the author, and the plot. I will definitely be reading the second book in the series. I hope this review helps the author to better her story. I applaud her on her work thus far.

I thoroughly enjoyed this book. It was dark. It touched on dark desires that most people avoid. I was intrigued the entire time. The plot was thrilling and it left me wanting more.

Absolutely love this Author and everything she writes this book is no exception. I highly recommend you read all of her series including this one. The Ezron series. Love that it is so different from most other fantasy romance. She has created something so amazing and it's not another werewolf story. I am so glad that I started this series and love that it is 👽.

I binge read until the end. It is a very cute with some drama of course. I really like the main characters positive take on life and her kindness even when she is faced with negativity.
The only complaint I have is I wished the chapters were longer! Didn't want it to end. 🙂

Mated to The Alpha

I enjoyed this story. The characters were interesting and I was intrigued till the very end. I also enjoyed the fact that it was somewhat of a slow burn. The Mc didn't instantly fall for her mate which makes this story a little more interesting then other books with mates.
I wish there were more detail about their relationship once they were actually together but I still enjoyed the story.

I am really enjoying this book. It is refreshing to read something that isnt so fast paced. Yes they are becoming close very quickly but it isnt instantly like in some books. I love the progression of their relationship.cant wait to read more. Their romance is so sweet and innocent but I soon think it will get naughty😏

I was drawn into this plot. I am really curious to find out what happens next. A bit of a slow start but I love the build up. I think the female and male lead have a connection she just doesnt know it . They seem to share a similar home life as well. I can already tell that them coming together is not going to be so simple.Hope to read more soon.

I started reading and immediately felt for the MC. I was engrossed by her story. It was such a tease find iut that this is a book that needs to be purchased i have yet to check the cost but I think i will read further by purchasing on Amazon. My interest is piqued and i want to know what happens next.

I can honestly say that I was pleasantly surprised by this book. I am not used to reading books with such a young main character and I was apprehensive at first but that quickly went away. This book is so wholesome I love it. The concept is quite unique. And who doesn't love a good adventure. I also really enjoyed that the author normalized having two mums. I am left wanting more and i will continue to read until the end. I am excited for what is to come next.

This story has me wanting more. I binged till I was current and I enjoyed the interactions. I am excited to find out what happens next. There were a few grammatical issues that had me rereading a few parts but I think it is still worth the read. I think if the author were to have help fixing these minor issues it will be well received by many romance readers and those who love stories that involve magic and mystery.

The author in my book is a "Word Samurai" her vocabulary is extensive and makes for great descriptions and dialog. She has a unique writing style and I have enjoyed it. The narrator is one unique feature of her style, just when you might have a question the narrator answers it. The concept itself of protected and guardian is very intriguing and the sub categories make it that much more captivating. I am left wanting more. I want to know how these relationships will grow and play out. RECOMMEND!

I am really captivated by the story this far. It's not just a romance but also a mystery. I cant wait to see this mystery unfold. Also I feel like it is not going to be the typical fall In love immediately situations that most books portray. There are a few spelling errors and some tense issues but this is easily fixed and they are not prevalent enough to deter me from continuing to read. Great start so far author

My Series. In Order .