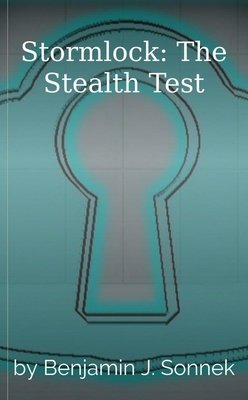 Elementals underwent many tests in the hidden Stormlock Facility. This short story is an account of one that shaped a test subject's aim forever. In the hopefully distant future, elementals have re... 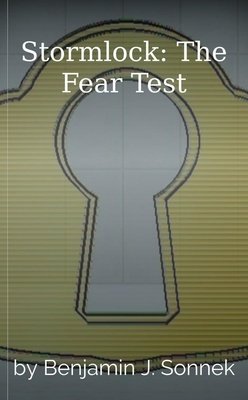 Elementals underwent many tests in the hidden Stormlock Facility. This short story is an account of one that shaped a test subject's aim forever. In the hopefully distant future, elementals have re...

First point of praise: I'm primarily a sci-fi/adventure fan, but I was compelled to read this book all the way through. Score one.
As for the book itself, The Hurting Game is believably painful; it clobbers the characters in horrifying ways while not quite numbing the reader to the occurring evils. This could probably become an adult book if the language were upped a little more. However, I will say that my tolerance has been maxed out for seeing the words "rib cage"--that anatomical structure came up, on a rough average, approximately once or twice per chapter.
The bulk of The Hurting Game is dedicated towards character, and does a magnificent job in that regard, earning much deserved praise from the reviewers before me. The oscillations of reformation reverberate Iziah throughout the entire novel. This does occur at the expense of plot, though; (MINOR SPOILER ALERT) the sinister men with suitcases ultimately turn out to be sort of minor Macguffins. Not much extraordinary is happening outside of Nick and Iziah.
As long as I'm thinking about those two, I also must confess that their polishing is not done yet. First, I don't believe that Iziah is eighteen; his mindset, while admittedly traumatized, belong to someone much younger. Second, Nick is a little too "Saint Nick". His assassin job plays into his post-separation self-management, but not much else--the smooth, callous, stop-whining-and-shoot aura does not flicker about his face as he lectures Iziah. That said, though, they both progress through believable character arcs in their redemptive tale.
If you're a prospective reader, you'd do well to pick up this book. Oh, and don't read the comments unless you want spoilers. If you want spoilers anyway, shame on you.

It's Interesting, But Why?

Primarily, I commend the author's wisdom in getting feedback immediately on the project. It's simpler to edit one chapter than a whole manuscript.
The concept of a human society forced underground by war sounds most interesting, to be certain! Now all the reader needs is to be told why this setting is so interesting. No data-dumps, but subtle implications should be worked into the scene, which stands as a solid structure as it is. Perhaps a better date should be considered, since this sounds like a 22nd--24th Century society, not 26th. Plus,
- Why hovering vehicles underground? If humans are in survival/resistance mode, would they not be more practical?
- Is it a tunnel network, or just a massive dome of earth? What's it like?
- What about the buildings? Again, tunnels or dome should affect this. Does it look like a 21st Century neighborhood scene, or a system of catacombs?
- How did the humans excavate all that dirt without the aliens noticing? Was it a preexisting cave system?
- Will the aliens be VERY important later? If they're one-offs so we can have underground societies and soulless mutants, the strategy could stand reevaluation.
- If this is so far in the future, what everyday pieces of technology would exist? Is there an underground internet? Are personal devices newly made, or patched-together parts from some future handyman?
Not everything needs to be answered in the first chapter, of course, just enough to set up a scene that is normal for the characters but unusual for the reader. The place is intriguing, but it sounds like the author needs to "live" in this world for a while first before embarking on the storyline.
This story is also billed as a romance, and the setting is already non-cliche (provided no vampires emerge), and at this point it's too early to tell if the romance stereotypes are emerging. If the father figure ends up as an antagonist, though, I pray that his character will be more complex.
I normally don't go for the romance genre, but I'm keeping my eye on this one!