I am just a girl in grad school who loves to read and write! I love getting recommendations, so feel free to reach out. 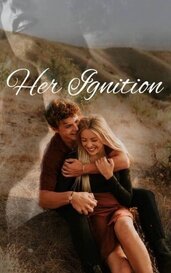 Annabella is a photography loving, athletic driven senior. She is surrounded by great friends and family, ready for her future to begin. However, when three new boys move in with her neighbor, she ...

So I am LOVING this story! The build up on the relationship is so cute. Not to mention the authors writing style is phenomenal!!! There are more grammatical errors than I have seen in other books, but they are all pretty small, like saying he instead of she, leaving off a letter or two in a word, and punctuation. Typically i would give 4 stars for something small like that but it was in almost every chapter! Despite the grammatical errors, I found this story SO intriguing and can’t wait to see where it goes from here, Chris and Ellie are absolutely adorable and their characters are built really well!

Review of The Sum of All Kisses

Overall, so far, this book screams Pride and Prejudice to me (which is one of my favorite books). The era in which the book takes place is similar, the standards in which people have to uphold is similar, and the writing is phenomenal! The book is set in the past, but in no means does Kate want it to stay like that. From the introduction, you can tell she is not one to have her ways with society's standards, so it is no surprise to me when I found out her secret. This novel weaves through lots of themes such as love, class, societal standards, reputations, family values, and integrity, making it something that all readers could fall in love with!
Some critiques I do have though, are that there are some errors in the technical writing that I have seen, such as missing a quotation mark, not having spaces between words, not using a semi-colon when needed. However, those are such little mistakes that most people would not realize! I just am what people call a "grammar nazi" - it is my kryptonite.
As for the writing style, I love it, however, sometimes it was difficult to follow in the beginning as it would jump from first to third person. It was easy to catch on to though!