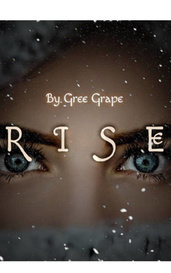 "Sir, why are you doing this?!! He's just a child! He hasn't done anything wrong!!" she sobbed. "Wrong! Girl, stealing from the Silver is a crime punishable by death. You can say goodbye to this ...

First of all, a very intriguing mystery.

Here's what I liked:

1. It was a complex plot that had you gripped and hooked.
2. There wasn't unnecessary romance and teenagey love stories. It's a crime thriller and that's exactly what it was supposed to be.

3. It described emotions really well. The older overachieving brother, the ambitious father, the distant mother, the love stricken boyfriend, the vengeful villain and the confused protagonist....

4. It was a quick story, though a little slow in the beginning, with the right amount of mystery and fear .

5. Vocabulary: you've made use of some really good words and some descriptions are really nice and insightful.

1. The thoughts are everywhere. 'He deserves to die' 'Fire, fire, fire' etc. Its literally everywhere. I get that you're trying to show the protagonist's mind but too much of it can be a bit confusing. Also, there's no clear demarcation between her thoughts and deep thoughts, if you know what I mean, except for the italics. You should maybe write out a couple of parts again. It's a tasty story that looks like mush. It's a mess inside her mind.

2. Editing. The story makes good use of grammar and punctuation etc. But sometimes, there is misuse of he instead of she and a couple chapters need better editing.

3. Timelines. One thing that annoyed me was the shifting of timelines and events. You've made use of nearly 3 timelines. One is in the present, the other in the past and another somewhere in between these two. At the beginning, it was alright. In fact it made the story interesting but towards the end, it muddled up. I couldn't even make sense of it and had to go back multiple times to reread. Instead of just mentioning 'before' and 'after', you could maybe give some dates, times and locations. It would make it easier to keep track of the story. At one point, I got confused whether Darius and Samara were even dead or not. Also, you should stop repeating Hayden's thoughts over and over and instead describe the situation and surroundings more maybe?
If you read the story again, you'll see what I'm talking about. Sometimes its hard to understand the situation with all of Hayden's thoughts coming in the way.

4.Characters. I would've appreciated more character development because a few of then felt empty, like we know Samara is Hayden's best friend only because she tells us but we dont feel it. Maybe you could give us more insight on their friendship (because it felt like the protagonist was murdering someone who she felt no attachment over.) and Tyler is supposed to be protective but except some instances, it feels like he's a zombie who just exists for the sake of the story. And her mom and Dad feel a little detacheed.i still dont get how her dad helped to hide the murder. (Blame the timeline shifts). so maybe add a little more depth to the characters, make them worth the protagonist's sacrifices. I didnt feel protective of Tyler or mad at her father or any infatuation towards Blake or fear at Violet or any friendship with Lauren and Chris.

Overall, it's an amazing story. With a little bit of editing, proofreading and rewriting some parts (only some like getting rid of the timeline shifts) and an eye catching blurb, you could publish this book. I would definitely buy it.

Sorry if my review is too long or too rude, but I think it's a great story that deserves to be published!

Loved it! It was a little short.

With a bit more detailing, editing and checking, you could publish it too. Good luck! Would love to read some more like this.