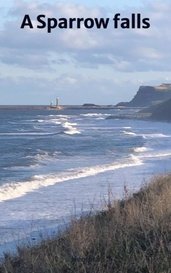 Sumi comes back after ten years in England to the little fishing community in Ceylon where she lived until she was sixteen. A clever village girl in the 1970s, she reads whatever she is able to lay...

Other by Hempra • Complete • 1 chapter

A great start and a good plot to run with

A superb choice of plot line. Fantasy with angels and demons. Not all demons are bad. Not all angels are good. Puts me in mind of the very enjoyable ‘Supernatural’ TV series. The theme of enemies to lovers, which in this case, possibly crosses the species barrier, also makes for an interesting tale. All ingredients required for a good fantasy novel are gathered together.
I liked the first chapter. The atmosphere was consistently taut and the hellscapes and in- between scapes are described with skill. As the tale went on, the tone seemed to sag a little.
It veered between high fantasy with tense overtones and mundane romance with bad boy /demon turned cute lover. Maybe the transformation was too quick and should have been allowed to ‘breathe’ a little more. As the writing is still in progress, there is ample time to decide in which direction to steer. I liked the comedic touches with the chubby kobolds and the oh so sensitive Rosier, to say nothing of almost all of the main characters having self- worth issues due to their parents, even the demons (shades of Larkin!).
The whole story was sprinkled with grammatical errors. Particular attention needs to be focused on the appropriate choice of connecting words and tenses within sentences. I am aware that the English may not be the first language of the writer. If so, this is a great effort and a labour of love. Roping in a beta reader might help.
Despite these errors, it is an enjoyable read. Good luck with your writing.
Overall rating - 4 stars
Plot – 4 stars
Writing style- 3
Grammar and punctuation- 2

Review – The Feud [email protected] by Hempra
The feud is a YA coming of age story chronicling the doings of a group of high schoolers, an enjoyable romp, albeit angsty as befits a YA story. I thought the dialogue was authentically teenage, almost as if it was the work of a teenaged author. At the end I found out that this novel was indeed completed by the writer during his teenage years. That, in itself is quite an achievement. There are two plots in this story, one, that of the school play being used as a means of enlightening two Capulet – Montague style feuding fathers. Two, the story of Andy who is awakening to love, fighting through the difficulties created by her physical disadvantage. There is also the ‘story within the story’, ‘Where the Redfern blows’, serialised by Andy for the school newspaper. The subplots and themes are handled with skill. I would have liked the serial to be shown as excerpts only, rather than as full length. This might provoke more curiosity among readers. I like the way common idioms are polished up for use-‘The bagged cat was clawing for freedom’. I felt that there could be more trimming of verbiage, overall, to make most of the conflict, and enable a sharper impact on the reader. Some of the imagery was very good – ‘looking up into the endless emptiness of the sky …..falling into it,’ to describe Andy’s state of mind when she knows that Sharon has set her sights on Dan.. Most of the techniques are used effectively, ie: teenage humour – when the kids get their mother to talk through her stuffed nose, describing Mari as the Flower Child. I thought that these would be even more effective if trimmed down and used sparingly. Mari ‘s character could be delineated with more detail. She is described as pretty, perfect and a do- gooder, but we need to see her in action. There are some repetitions that need to be weeded out, such as the word ‘caressing’ used too many times. Some of the imagery needs to be polished up. I am curious as I am sure most readers would be, as to the root cause of the feud. I think the story would be better for a big reveal. There is a good kernel here to be improved upon, and can be converted into a winner. And finally, I don’t have the heart to talk about punctuation to a teenage writer.