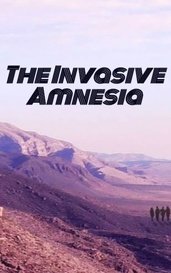 Is amnesia contagious? People disappear but no one seems to notice. Others are left with holes in their memory. A group of students are dragged into the mystery when someone they know goes missing.

Adventure / Scifi / Based on Doctor Who by Kgdragoon • Complete • 13 chapters

The premise was very interesting and by the end of the excerpt I wanted to read more and finish the story. I like how the main characters weren't human, and though the culture was pretty grating I think that was the point, it being so different and all. In addition, the characters all seemed interesting, which I thought was a definite strength that carried the story. The world building was perhaps the most interesting aspect of the story, that along with the mystery of the 'dragon scar; they definitely pulled me in.

There were a few problems, like some mild grammar issues and several unclear descriptions, plus a bit excessive use of semicolons. There were also a few inconsistencies, especially in the portrayal of one of the main characters, Finnegan, whose point of view section threw me out of the story more than anything. I liked the introduction of such a mild mannered hero, he was pretty adorable, but then the chapter from his own perspective just seemed so aggressive and dismissive it kind of put me off him and created a disconnect.

Even with its flaws, I really enjoyed the story and wouldn't mind finishing it, if it's completed.