Hi, I'm Lyn,a young writer who aspires to inspire people w/ my stories. Ultimate Goal: spread a bit of happiness to the world! :D I hope you enjoy my work guys & connect with me on social media. <3Lyn 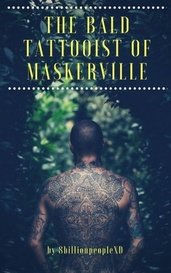 The Bald Tattooist of Maskerville

Faces shrouded from the world, these are the people of Maskerville. And from within this bizarre gathering of people will rise a love that will change the traditions of their world. A strikingly un...

The plot of the story is interesting and I see a lot of potential for development. I like that it is fast-paced and direct to the point. But, a little story background wouldn't hurt every now and then. I believe you have a lot of interesting characters you could use in the story, especially with a hacker, a sniper and a police officer's son. I mean, how cool is that? If you explore more on these areas, such as teaming them up, I believe you can create a powerful trio that could easily become not just sidekicks of Kyle but co-stars as well. I'd love to read more of Kyle's feelings too and see depth in his character. I believe that you could also expand more on the addition of John's POV so that readers can see a whole different side of the narrative. Over all, thumbs up to your work! And more power!

I hope you find this review helpful! : )

Butterflies in the Stomach

The story has an endearing touch to it. For all those who love reading light romance that builds up, it is something to check out. It is nice cause they actually took steps from being friends and entering into that couple domain. Nichol's character is easy to relate with and you can get a good glimpse of what she is like in the first few chapters. I do want to see more of character development and background for Johnnie. It would also be nice if you can add more scenes with the two of them getting in depth discussions about their issues such as Nichol's father. These kind of scenes will help their character growth and I feel like it would add more spice to the story. Over all, I enjoyed reading it. :)

Beauty and the Broken is a story centered around the reality of depression and the things people do when under such influence. I like the twist added in the beginning. I was pleasantly surprised cause the narrator was in third person. I don't want to spoil it for those who haven't read yet. haha. I like how you vividly described what was happening even though they kind of made me sad reading it which is actually good because that is how you want your readers to feel. You want to make them relate to the character and feel for them. I think you did a brilliant job on that. I felt like I was that narrator in the story. I do want to suggest breaking down your first paragraph into two or three smaller ones. This one is just personal preference others might be cool with it. But for me, it is actually easier to read them in that length, Also, for things the character has been thinking like that time when her mom showed up, you can italicize it to indicate that she thought those words. :)

I hope this helps. I can totally see promise for this story and I look forward to reading more of the chapters. :)

Forgotten Worlds: Book of Kai is a book that reminded me of Hunger Games minus the arena but added with a magical concept of forces like Star Wars. So, judging by my comparison you can already tell that its going to be a nice read. The concept is very intriguing especially the rest of the colonies that had vanished. The fact that they were numbered is probably the reason why Hunger Games came into my mind, haha. The pacing of the story was nice. However, I feel like the ending was missing something. Probably, because it would be included in the sequel. But it would be nice if you could tap into that creature or illusion or whatever it was the happened inside the cave. You can also use that as an opportunity to show more of your character's personalities. Over all, great job! :)

I hope you find this review helpful. :)

The story is interesting presented with worlds that are in contrast with each other. I like how you added a touch of potion making and chemistry into your story and incorporated them to the magical world. There is also the prospect of a juicy love triangle which is something to look forward to. I feel like you could expound more on this part of the story. I do want to hear more of Milo's feelings and thoughts after seeing Malak and Aria. This would also add a lot of depth to their characters. All in all, I love your style with writing especially Aria's thoughts and giddiness around Malak. It was entertaining. Great job!

I hope you find this review helpful. :)

Secret on the Walls (Book 1)

This story was a wonderful read. It reminded me of Alice in Wonderland and Narnia for some reason. Haha. I find the characters interesting especially the sisters, and I love how the author vividly described the various worlds. The mystery was also intriguing, and I look forward to finding out more of their grandmother's secret. The last few chapters were packed with action and a lot of feels. I also hoped Caleb would've joined Suzette in her journey with Azure but seeing that he was in crutches, I highly doubt it would happen. I've certainly taking a liking to his character and hoped to see more development on his part like maybe, him getting stronger and becoming a captain as well too. I just noticed that there are simple words that was missed in sentences like on Chapter 18: Emma said, "I want to get it from it all.". I was confused about what it meant but I figured "away" must've been missed in typing. There are some in other chapters as well but they are so sparse and nothing a proofread can't fix. Overlooking some words happen all the time. Haha. Anyway, great job on the story! :) I gave you five stars (like the hotel, haha) and a vote. :)

...Okay, so now I'm finished reading the whole story! Yay! (I deleted my previous review and wrote a new one instead) :)

First, I would just like to say how much this story reminds me of Twilight. Haha, And I seriously, loved that book. It's the kind of book you would read when you want to chill on a rainy day. This one had more action and mystery to it though. I like the setting of a high school life thrown upside down by some hint of otherworldly magic. Hannah's character was likeable and I find her ability to paint past protecteds interesting. The twist at the end was brilliant too. Of course, I loved Ethan as well. Handsome male lead with extraordinary strength just lurking around the corner. I know the idea sounds stalkerish but well, that's what the HLEO do. Personally, I love it, just because I'm weird like that and having someone look out for you without you even knowing kind of makes me swoon, Edward-style. haha. It was definitely something worth reading! :) 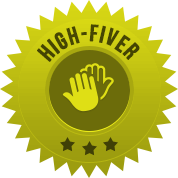 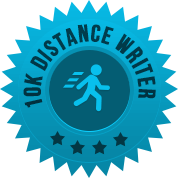 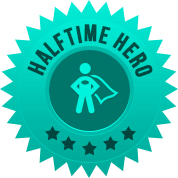