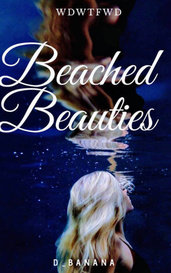 "All I can remember is begging her to stay...begging her not to leave me...and you crying about how terrified you were about what was going on...and she didn't even care..." The triplets were born...

You come into this story with GREAT suspense. There’s the perfect amount of confusion as you see the two characters interact with each other over their subject. You can tell their responses were written carefully to be give just enough but not too much. It leaves you at the end of just the prologue asking for more. I admire your writing style and can’t wait to read further into this book. Keep up the good work!!! 💖💖💖💖

There isn’t really much I can review when the story is in such an early stage. I can’t give strong opinions because they might change in the near future, but I’ll still try to add a few thoughts.

First things first I’d like to say that there are a lot of grammatical errors in the story and it’s quite distracting, but on the other hand, I am in favor of your pacing. Nothing has necessarily dragged so far, but at the same time, none of the scenes seem to linger enough for me to leave an impression on any of the main characters or side characters that we meet throughout these first few chapters.  Again, it’s kind of hard to say something like this because there’s only two chapters.

So far we are already starting to dig into the main part of the story, which is the arranged marriage. This is just my opinion but I feel like the main character has some Mary Sue attributes. It makes it harder for me to relate to her. Her mom is gorgeous with pretty blonde hair, hazel eyes, and a envious figure, our main is also described quite similarly, she’s able to order a black dress that’s been scheduled to arrive in a few hours in perfect condition, one of her family friends I think must also be rich because she drives a black Porsche, her dad is what I assume to be a wealthy businessman, they go to a dinner party to meet two handsome guys that are around the main characters age and unfortunately she is forced marry one of these handsome guys who are also most likely very wealthy. This is all happens almost immediately after she graduates from college with straight A’s and a business degree. Then again this could all change because this all happened in only two chapters.

I have to say I look forward to what kind of drama the story is going to have since drama is the main genre of the story instead of romance. The description leaves a lot of clues, but I am expecting this to be a dramatic romance which I really can’t give my opinion on because of my bias against ya romance novels . Again, I said this so many times , 😂😂 I can’t assume or make a strong opinion towards anything because there’s only two chapters in the story, I cannot stress that enough. I encourage you to keep writing this because the story could really keep you on the edge of your seat, especially for people who really enjoy romantic story arcs. This story has a lot of potential and I hope that you update soon!! 💕💕🦋🦋

It’s very easy for the story to grab your attention and it’s an amazing page turner. For someone who isn’t even a fan of romance novels this book kept me turning the page to see what will happen next. 

I have mixed feelings about the characters, specifically Damien because I feel like I’ve seen people create this character before. There’s just a familiarity to him that I don’t really know how I feel about. There’s been so many people who created the damaged, heartless male protagonist who will eventually be saved by the female. Sadly, since this this trope has been portrayed so terribly in media and given a bit of a bad rep, the first impression on who Damien is leaves me a bit uninterested. At the same time this is only my opinion and I’ve noticed that most people actually like that type of story arc. However, I do find the female protagonist to be really interesting. It came as a bit of a twist to me that this character is mute. I’ve never really seen this expressed in a book before and I really like it and it leaves me interested in the interactions that are soon to come between Damien   and Destiny. It also interests me to see how she functions in every day life that’d normally require verbal communication as well as her past. As a reader, it leaves you asking questions, making you eager to continue progressing through the story.

I may be wrong but the telekinesis went over my head a bit, not even sure if this character has telekinesis but I saw a review that was a sorta confused about how they had powers so I assume that Destiny does have telekinesis. I’m a fantasy person so her having that ability does interest me and throws even more spice into the character.

I see a lot of professionalism in your writing style. It’s very moody. It felt like I’m actually reading a published novel. Your descriptions are fluid, detailed, and easy to visualize.

Overall you’re a very talented writer. You’re story has good pacing, the scenes are gripping, and there weren’t many times where I lost interest in what was going on. Unspoken Love definitely deserves a read for or how well it’s put together and it certainly will not disappoint.

Let me start by saying this story has a lot of potential. The first three chapters have a lot of action and backstory to them are very intriguing and so far the story itself is quite unique and I definitely haven’t seen something like this before, which is a great plus to anyone who reads!

However one thing that would make the story even better is having a lot more description about the characters and their environment. I feel like things move a lot faster than they should when it comes to story progression. She’s on the run and she always has to hop from place to place. What would make the story carry more weight is when you take the time to describe the journey she took to get there. There could be an entire sub plot in the first few chapters of her journey to London. You could be very creative in how she makes her way to London and create a mini story in that so that this huge and irrational decision she makes doesn’t feel so weightless and hold zero value. For example, let’s say we get to see her go through the majority of the process of restarting her identity and we follow that until she decides that the way she makes it to London is actually by sneaking her way onto a massive cruise ship   where London is their pit stop and you get to see the experience of her having downtime in her travels while being limited to living on a boat for a few days before things pick back up in the next crucial plot point or something. That was just a random example but anything like that could easily be enough to help expand a better understanding of who she is as a character since there are plenty of people she will end up meeting with whatever she decides to do as a way of travel. 

With all that said you don’t have to listen to me, that’s just my opinion. This is your book and what you have written is still phenomenal either way and it’s also a different viewpoint than what most stories in the fantasy genre would convey which is already an eye-catcher. And this one preference will not stop me from still enjoying and reading your story. 💖💕

So far, I’d like to say this story has great potential!For people of color, the main character is very easy to relate to under various circumstances according to her struggles. The backstory is in depth and you get a better understanding of how they all interact in their space. Your writing style can easily put your audience directly in the shoes of Theresa and how she sees the world around her . This is a story that needs to be recognized across the globe to aid in moving forward as a people and I really hope that with others reading this they can help push this message as well.

  There were only a few grammatical errors, and I agree with people that have advised for you to incorporate explaining the backstory into story progression so that it flows a bit better and feels more natural and organic, but other than that I have no other things to say other than great job and that I highly recommend reading this book. 💕