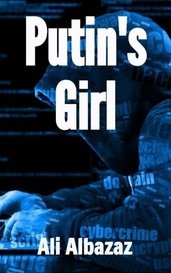 Yulian, a russian blogger, sets up a fake news blog. When he publishes a fake article about Putins girlfriend he gets into huge trouble. The cat-and-mouse game with the russian government begins.

What an amazing read. Just fantastic. There was so much beauty in it that I was left gasping for breath. Horror told in such a serene and subtle manner that it sounds like a passing flicker of a thought, beautifully meshed into the canvas of our minds. The phrase which made me fall in love with the story was "a reason as vague as life". The paradox about what we believe and what we want to believe was very accurately depicted here. The harshness with which Joseph Small was dealt was bone-chilling - "If such motive and evidence could be found to make a judgement of him, perhaps it is better a person like that no longer wanders free". So very true if you think about it. What right does this Mr. Small have to prowl the streets if his guilt is so easily proven? I will eagerly await the next chapters.

One of the best novels on Inkitt!

I started reading "Caged" few hours ago and I'm on chapter 7 now. Caged is definitely one of the most addictive stories I've ever read. Thank you so much for writing this novel.

Thanks for writing this story!

Great Imagination. Truly inspirational story. I think every person can identify with the dragons situation.

"Even when the future is uncertain - if you believe the best in others, they might just love you in return."