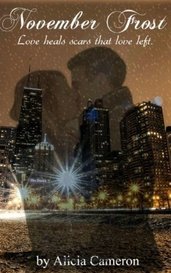 Nothing seems to be going right for Celeste Minton. She has a job she hates, caught her boyfriend of two years cheating on her, and doesn't have much for a social life. On top of that, she still li...

Wow, this story had me hooked from the beginning. There were so many plot twists, just when J.T. thought he'd won, something else happened. You're a very creative writer, and I don't know if this was your first story but it's well done.

I enjoyed this story, it had cute, funny, emotional, and sexy moments. Sebastien seems like the sort of guy any woman would want to be with. And that's refreshing to read about. Just a question but I hope him and Becca kept his cats? :)

I'm enjoying the budding romance between Niamh and Aspen. Looking forward to reading what's next.

I also have a girl in my college class named Niamh, and I have never heard of that name before her. Now it's surprising to see it in a story :)

A rich business CEO (Tobias) has never had a girlfriend because he doesn't date, instantly promotes one of his fairly new employees (Ruby) to be his PA for no real reason other than her education. Tobias has a reputation, and is known to be cold, but Ruby breaks through his wall and gets to know the real him. He does things for her that confuse her emotions: one minute he is cold, the next he acts like he cares for her.

While all this is going on, Ruby is being threatened by her ex, Ben, who somehow stalked her all this way after she moved to get away from him. He begins to threaten her life by sending photos of her and Tobias at the ball, harassing her at work, and threatening her in her apartment. She had been in a toxic relationship with him, but he took it as that she'd loved him rather than she only was with him because she was lonely. He assumed she still loved him, which was why he continued to stalk her. I understand what it's like dealing with a stalker ex who I was in a toxic relationship with, although I am glad that it never got to the dangerous, life-threatening level like it did with Ruby and Ben.

I found I couldn't stop reading. The only problem with Tobias was that he kind of forced his wealth on Ruby, which made both her and me uncomfortable. I don't find that trait desirable in a guy. It seemed like soon after they met, her life revolved around him, because he very quickly took control of her wellbeing rather than letting her be independent of him.

All in all, I would say a well-written book about a forbidden relationship and assumed (on Ruby's part) unrequitted love. I totally understand what it's like to be so attracted to someone that you know you're in love with them (as I was with my best friend at the time, for a long time, but we never dated), but any time you attempt to make an advancement, they turn you down so you assume they don't have the same feelings. The cliffhanger was quite shocking, leaving me wanting to read the next book to see what happens.

I don't normally read horror, but I found this story and it sucked me in. I wanted to know who lived and who died, how they died, if they were ever going to get out of the house. It definitely had me on the edge of my seat. I couldn't stop reading. Although you can't really get attached to any of the characters, because you never know who is going to end up a victim next. Nobody is really safe. Usually there are a couple of characters who have "main character status" and that you can predict they are the ones who aren't going to die. But in this story, even though Victoria is the main voice, she could easily be the next victim.

The suspense is great. So great that I wanted to read as fast as possible to find out what happened. And then...the ending. It was a little disappointing. I was a bit confused, though, and there's still some things left unanswered. I hope to read book two at some point to bring some conclusion to everything. Also, there were points when the point of view randomly skipped between characters, which could get a little confusing, but even so it was pretty easy to figure out who was speaking. I do kind of wish that they had spent more time trying to figure out how to get out of there and break the hold that the spirit had on them (is there a spell? a chant? maybe do an exorcism? a sacrifice?) rather than just sort of accepting their fate.

All in all, great job. You took a plot that has been done (teenagers spend the night in a haunted house) and still made it suspenseful. I enjoyed reading this story and look forward to book 2.

The story definitely kept me reading, but some of the plot was a little predictable. Even still, the ending was sad and I didn't want Conrad and Sydney to break up. I was also 18 in my senior year so it's not unheard of. I prefer to read novels of older/college-aged adults anyway. Great story, looking forward to reading the next part. I hope this one gets published.

So creepy and once again an ending with a twist that I wasn't expecting. Great job at keeping me entertained.