I currently live in London, Ontario. Along with my own writing, I currently run a program at a local high school, where I mentor new writers from the ages of 14-17. 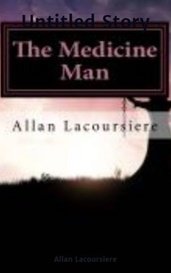 “In the old days, before our people came to the land,” the girl began, “There was a Medicine Man of great power….” Tamara and Amy, two young girls whose parents struggle with violence a... 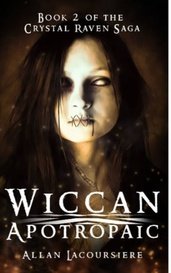 To end the war Crystal and the Ghost Sisterhood must find a lost Wiccan secret. And waiting for them is the last of her ancient enemies and the haunting tale of the Black Donnellys. Will they sha... 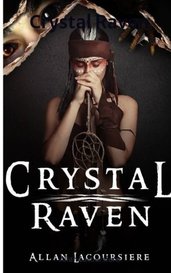 Jean-Claude Beauceur is a monk, a scholar, a kindergarten teacher, a basketball coach, and sometimes demon hunter. When he finds a girl unconscious on the streets, he knows his actions ov...

“You will take the best of what is left and find a new land, and you must find all of her kind and destroy them!” The previous statement represents an ancient messenger’s suggestions to Vlad, centuries ago, after it became apparent they’d lost the war to the Brotherhood. The tides of battle had turned in favour of the Brotherhood after the intervention of the succubus. Crystal Raven Book 1 by Allan Lacoursiere is a fiction novel that follows the events that occur centuries after the war.

In this book, Vlad has a plan to return “the Vampyres” to past glory at the expense of humans. To this effect, Vlad has a secret plan to kill the last succubus after she reincarnates. Her death would give Vlad some advantage when another war breaks out. Vlad intends to ensure that she doesn’t reincarnate again by using a special weapon that lay hidden in the Vatican. The blade cannot be wielded by any demon, including “the Vampyres.” Meanwhile, Jean-Claude, an undercover monk of the Brotherhood, finds a girl half dead on the pavement.

Following a set of discoveries, Jean-Claude suspects the girl may be the reincarnated succubus. Vlad has also become aware of the girl’s presence and puts his plan in motion. On the other hand, the Brotherhood must protect her while they hope she remembers her past lives on her own. Will Vlad succeed in his plan? What makes the girl “the deciding factor” in the brewing war? How does Vlad intend to use the weapon?

Wow! What can I say about this book? Having just read the summary I provided above, I noticed that I didn’t mention several key characters, yet the synopsis gives a good insight into the main storyline of the book. However, these characters I talk about are an integral aspect of the different engaging subplots that make up the central plot. The fact the numerous cast influenced the story in a way that I could see their relevance is the best part of this book. It was also pleasing that the author didn’t shy away from eliminating any character, regardless of their “perceived” importance to the story. Furthermore, the way the book ends is satisfactory. Several important questions are answered, and the stage is set for the sequel.

Likewise, I like that the author devoted a good amount of time to carve each character to perfection. For example, my favourite character was Aiko, and even if she didn’t appear in half as many scenes as several characters, I fell in love with her. In the story, Aiko is part of a group that aids Vlad in his quest. I loved her because she reminded me a bit about The Originals series' Klaus. I can’t help but think that she has an important role to play in the second book. Additionally, I think readers would enjoy the various supernatural beings in this book, as well as the powers they possess.

Another strong aspect of the book is the way the author describes locations and events. With the way the author depicts them, readers won’t have any problems visualizing each scene. While some people may argue that the story isn’t original, in the sense that it may be similar to some other supernatural tales, I think the author does a good job with the book's execution. Also, the book is professionally edited. Nonetheless, the novel contains a plethora of profane words and gory scenes. People that are affected by such should skip this book. This novel would appeal to readers that are interested in supernatural fiction books. I, therefore, rate this novel 4 out of 4 stars.

One thing I didn’t like about this book is that the pace was mostly slow, only coming to life at the beginning and towards the end. The author spent a lot of time developing the relationships between Jean-Claude, April, Gwen, and Crystal. Crystal is the succubus girl, and she lived with the three other people I previously mentioned. While it was nice to see how their relationship progressed, it became a bit overwhelming. However, this negative point is underwhelming when compared with the positive points I previously explained; hence, I didn’t deduct any star.