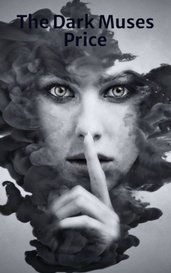 The leanan sidhe is a faerie muse from Celtic folklore who inspires artistically gifted humans but feeds on them draining them to the point where they live highly inspired but short lives. This is ... 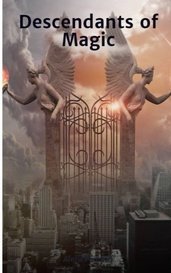 For centuries, Faerie Land has existed in the same space as the human world, yet forever out of man kind's reach thanks to the magical barrier known as the veil. Which, for the citizens of Washingt...

I'm going to try and be as objective as possible but I'm not the target audience for this. The emotional intensity of the scenes between The protagonist and the jerk came off very well. The mix of extreme violence and sexual tension was conveyed in a way that painted a very clear picture not only of how the protagonist was feeling but also the other guy. There were some grammar issues but I'm not the person to dig into that. The whole reveal that the jerk had a reason for disliking the protagonist that wasn't a long tragic story and fairly simple was actually kind of refreshing. This is a simple story that bleeds emotionality and that's not always a bad thing. It has some really strong moments and the build-up reveals were handled very well.

However, I was kind of bored reading it, due to there being no plot tension. When the Jerk and Protagonist aren't being vicious to each other there's just nothing to pay attention to.
So overall I thought the emotions were handled well but there are no stakes in this Drama even small ones which made it kind of hard to get through.

Overall, I really liked this the greek mythology elements were given their own take. Though it feels like Hera could of been used more considering the conflict is about marriage.

Also having a pretty interesting plot point about who the male love interests mom as a throw away line felt like a wasted opportunity to flesh the main male love interest out. Because to me he was the only not so great element in this story. The female protagonist had very few scenes with him that weren't hasty flashbacks. that didn't convey hardly anything about the relationship. The protagnist spend more time with his older brother. Also he's so unconflicting about going aginst the people who raised him yeah their wrong and he knows but shouldn't he and his second brother be sad?

The main female protagonist wasn't bad as far as protagonists go. Her goal and wants were pretty straightforward and in the scenes where she helpless, sad or scared. I really felt it the writer has a good grasp of how to convey emotions though language. While the world building wasn't the strongest it was serviceble enough. The suspense/horror elements were handled well.

Overall it was a good story but the other characters involved in the conflict besides the protagonist could use some work. Still this did not completely ruin my enjoyment and i had a lot of fun reading it. I would recommend this to siren and fantasy lovers. 4/5

Valantina is the kind of female protagonist that is more interesting due to the fact the author embraces she's not a good person. The most interesting thing about her is her past relationship with the mysterious Alex who even the other members of the group seem unerved by. . Everyone in this book is part of some secret criminal organization so none of them are really good people but they do feel human to me.

The plot is your standard revenge story but i'm still interested in seeing how this plays out. Especially since i think female characters being revenge driven by being thrown into prison in fiction is not something i see a lot with this type of story.

The dialog is nothing to write home about its not very quotable and i wouldn't mention this except the authors often attempts to throw in lines that are supposed to seem deep like their meant to be the kind of lines your supposed to remember and the same line is repeated at least seven times. I've seen this mistake even with mainstream media just because a line fits your theme does not mean you have to have characters keep repeating it. That does not make the line more important but that's my only nitpick.

While its still to early to tell its compelling enough that i'd recommend it for people who like revenge narratives and morally dubious characters.

I love this i'm a sucker for anthology story collections where the characters are vaugely connected so this tale about people who find rings with magical powers and the ways they choose to use those rings. There seems to be an over all theme of power corruption and loss and pain creating people who are willing to embrace the darkness in their souls. The characters and their motives are easy to understand and sympathize with and the suggestion that these characters will cross paths in the future does add an air of suspense to this anthology and it even has some food for thought in terms of recent events. Though some stories seem to have more thought put into them then others and there was one story that i felt the main character and his motives and the conclusion could of been a bit more fleshed out but other then that i 'm really excited to see where this goes and what is in store for the characters and their rings.

I read 1-16 Both the plot and characters are really engaging. The dialog is witty and just really enjoyible to read and gives me a good idea of the personalities of each character. Even some of the side characters who we don't know a lot about like the Sweeny sisters are interesting and i'm curious to know more about these people and how they deal with their new situation. Leon is delightfully manipulative and you don't know whether or not to trust him but he still kinda draws me in as a reader anyway. Even the main character is actually someone i want to know more about. This is something i would highly suggest to others.

I have very mixed feelings
I much very enjoyed the second half where the teenage drama started to fade into the background in favor of the struggle between Lucifer and his daughter. I really do like the dark supernatural aspects sprinkled though out the story. The more morally grey friend group who've done their fair share of and continue to do some fairly morally dubious things is very interesting and they have their own backstories and struggles and cultures instead of just being the main character's props.

Kasdeya 's romance with Gabriel feels very rushed but it does make sense that they'd click since their both want the same thing and their romance fits perfectly into the stories arch . a lot of authors don't weave romance into the stories main conflict and themes but that's not the case here its very interwoven therefore i think it works.

the best bad of this story may not have any redeeming qualities but both of them work and give us some of the best oh no moments in the whole series. their threatning, terrible and will do whatever it takes to achieve their goals and our main character does have to struggle aginst them.

Kesdeya as a protagonist really didn't start to shine until the last half. She felt pretty generic thought out most of the story. In fact she kinda doesn't make sense with the big reveal. She wasn't the worst YA protagonist but there's nothing that really stands out about her.

Also some of the character relationships felt a little rushed at times.

And there were times when character information felt info dumped onto my head.

But overall even with the misses this book has a lot of hits and when it went for spooky, atmospere, and horrifying scenes, implications it was at its best but maybe work on showing more character behavior or figure out how to hint without akward anaysis bits by other characters.

A cute story about the bond of two humans named John and Rebecca and their adopted Mermaid son. Though the end leaves me with a bunch of questions such as how the government is aware of mermaids and what's going on there also how did Rownan get doctors visits, registered in school ect if his adopted parents had no legal adoption papers and how were they not found out and him not taken by the state.

The world building and explanation is a little weak at times also the love story feels rushed and Rownan's love interest is very bland to the point where i cann't bring myself to care about him.

But Rownan's adoptive parents and his relationship with them is the driving force of this story and it really works though i feel bad for them and hope they can work something out with the king to see Rownan on weekends overall i rate this story fairly high because despite its flaws i really did enjoy it. I also liked the creativity behind Rownan's interactions with the fish / other sea life and their thoughts.

This story has potential. Iza has a very district pov and i do enjoy how he's a well intentioned guy who messes up a lot due to his lack of impulse control and it is kind of ironic how his father who imposed very negative values about violence being manly though sighing his son up for defense classes in an attempt to keep him from being gay is now facing the conquence's of Iza seeing violence as the way to solve all of his problems. I also like the implications that the father himself has changed some of his views now wanting his son to be less violent so he won't lose him. Iza and his Fathers complicated relationship seems to be the driving force of this story and its one of my favorite parts of it.

But there is a lot of spelling out character traits and motives for the audience rather then exploration though dialog which can be a bit clunky at times But these are easily fixed things that don't distract from my overall enjoyment of the story.