Welcome to the family. 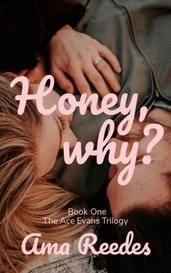 Born to a wealthy family, Ace has grown up privileged, sheltered and protected from the unfair, cruel world. As she ventures out into adulthood, she encounters people who teach her how to live life... 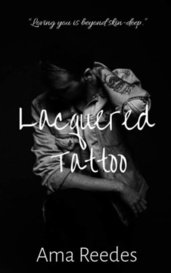 Almost eight billion people on the planet, what are the chances that I'd find my way to not one but two men? This isn't "meet cute", definitely not a sheer coincidence now that I know the truth. Is... 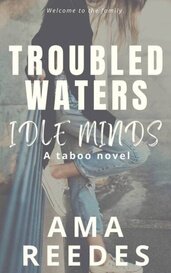 "No one would ever love you as much as your own family.” Callie is in love with her cousin. A sinful, forbidden, all-consuming love that would only leave her wanting for more even as it destroys h...

One hell of a ride

So I first read The Deal when it was just a short story in a collection but already, there was so much element in there that I knew could be expanded into a much larger, much grander plot. The short story in itself was great, as I praised so in the comments, still I couldn’t help but prod the author to consider make it into a book (though I wouldn’t much less call my aggressive, “This should be a novel!” a simple prodding *laughs*), and boy, it was so worth it. Seeing the character develop deeper into the story and knowing their history and origins made so much sense, a better look at them from the short story they came from. The settings were described well, especially hell. The readers could truly visualize the environment which helps a lot in imagining the story. The pacing was good and the plot was fully realized from beginning to end that one wouldn’t have thought of the novel coming from a short story. The descriptive sex scenes are hot, one is as spicy and exciting as the one before it and the characters really did connect with each other emotionally and not just having sex for the sake of having a sex scene since this novel is an erotic one. There is purpose to each sex scene that they don’t feel boring like in other novels which only seem to contain nothing but superficial sex scenes in every chapter with no actual emotion nor plot. Missing plots, I could forgive but the loss of connection between the characters just don’t do it for me. All in all, I really enjoyed this novel, having had the opportunity to watch it come to life from being a short story to actually becoming a solid book, and I’m thankful for the author for creating such a wonderful story for us readers taking upon consideration, like I said, our request. I hope the author’s novels would be published as books because even as drafts, perhaps being unedited even, the novels don’t need that much work, to be honest. The plots are solid, characters fully developed, and the three parts from beginning to climax to conclusion are all strewn together perfectly. This author deserves more for these original works and I’m expecting a lot more amazing projects coming up this year. Happy New Year to the author and to everyone else! (Reviewed: January 2, 2021 by Mary Alice Éclair)

When we read, we have this need to feel and without a doubt, this novel has brought up a lot of feelings, some pleasant and some not, that I gladly welcomed and accepted. I have grown to care for the characters Claire and Caleb, and I'd even rooted for them since their first encounter. The spark was evident right from the start and it's amazing how the writer was able to convey that through their reaction towards each other.

Claire's inner monologues are raw and honest, and Caleb has just been wonderful to her all this time. He's her guardian angel and it's obvious how much he loves and cares for Claire as the readers see through Claire's eyes. The both of them are more than business partners, more than co-CEOs. They are partners in bed, in crime 😆😅😆😆 partners in cooking, in racing, partners in a huge party with a room full of people though it seemed like it was only the two of them when they are together. They are partners in life. Partners in everything ❤️ We see them grow each chapter and their relationship only becomes stronger and blossom into something even more beautiful. Every chapter will make you want more and even when you read the next one, you wouldn't seem to be able to stop.

I love how the readers often get treated with hot, steamy scenes 😆 (thank you for that, author!) and how the author values the readers and takes her time to read the comments and interact with them. One would enjoy reading the book more knowing how much effort and love the author put into it, and how much she cares for her readers. The novel is just as genuine as its author. The plot of the story is not only great but it also gives a wonderful reading experience that will make one trust in love ❤️