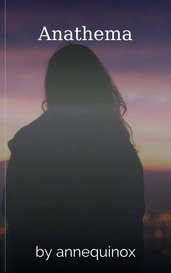 Emma Sangster is determined to live and to get rid of her immortality. At the age of twenty, she struggles to find her better half in the busy streets of New York. But the question is—at what cost? 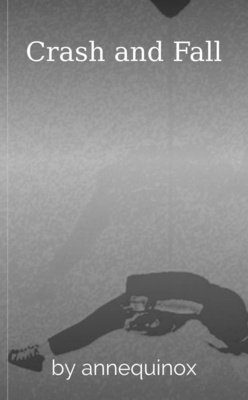 She knew what love felt like. It felt like electricity. And the aftermath of love felt like fire, with a bitter aftertaste on her tongue as she cursed his name. "Never again," she whispered. "Never."

This story is my mistress

You know, I usually don't read zombie stories. But this was an exception. It's so good! Somehow I'm sad that it's only five chapters long, although I checked your FFN account and saw that it was longer there, so I guess you just put chapters together until they made five.

I really like the way you write, since it's in present tense. Somehow I'm always on the lookout for writers who use present tense rather than past, because I want to see how they manipulate the story. You're one of the good ones. With the plot, I have no problem around. It's such a sad thing that Harvey died though, and Sid, oh my, it broke my heart. I really do love Soul though. I always do.

Thank you so much for writing this story. I can't wait to read more of your works :)

I adored this. Truth be told, this is the first story I've ever read on Inkitt, because I'm new here. I decided to look for some stories, hoping to find some inspiration and motivation, when I stumbled across this. It's good. I don't know about other readers/writers, but I like this kind of writing. Sometimes, I do not mind the lack of dialogue, or the long paragraphs and such.

I liked the way you described the characters and I liked them myself. I, myself, am a rebel. Not a really bad one though, it's just that I like to push things when I want them to happen. I don't care whether or not people think it's good or bad. And Prose is like that. I like that she's a rebel because without rebellion, we'd all be robots just following the system and letting them put us down. Plus rejection is such a silly thing, isn't it? Sometimes, you don't even deserve it.

So I applaud you for writing this! It's such a good read and I might even read it a second time when I feel like I need a little push to write some more. Thank you for writing such a lovely story.