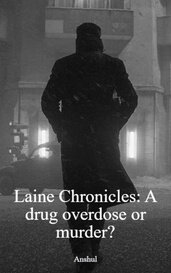 Three bodies were found in an abandoned ambulance, one girl and two boys. Everybody thinks it's a simple drug overdose gone wrong, but the lead detective of BPD Lucas Laine thinks otherwise. His co...

Wasn't my cup of tea!

First of all, I would like to say that I am writing this review before even finishing reading it. But I think people who haven't played Dnd should think twice before going for a read. I myself haven't played Dnd in my life but I still gave it a read like I would read any other story and in the end when I couldn't grasp the sense of the story so I stopped.

Things never really started for me as I went through the first few chapters. I think it's to do with the setting or dialogue or the plain telling. The fight scenes didn't feel like one as nothing much was happening, the thing that you should focus on is "Show don't tell".

So, please take this review as someone's point of view who hasn't played or even know about Dnd and not in any criticizing manner.

You should actually put in the description that this might be a hard read for the people who don't know about Dnd.

But still, kudos for choosing such a concept for a story but in the end, it's just not my cup of tea.

Well, I will be honest; the story is great so far. The beginning was good and the constant change in the POV is well done.

I did find one thing odd; there are so many characters, and it's the responsibility of a writer to make people imagine how those characters look or at least give them an idea. And so far at least for me, I only have a rough idea of how David looks, and cause of the book cover; Talia. It's not necessary to give each character a detailed appearance but as far as the reoccurring characters are concerned I think you should. And if you would spend a little more time on the appearance then it will add another plus point for your story.
The plot looks good, but the murder scene and the way it was wrecked by the killer so to make it difficult for the detectives to find the culprit, I really enjoyed it.

In the end, I would just like to say that the above review is purely based on the fact that it is my first time reading any of your published books. So, if I triggered you in any manner then I would like to apologize.