noun 1. ASTRONOMY a conjunction or opposition, especially of the moon with the sun. "the planets were aligned in syzygy" 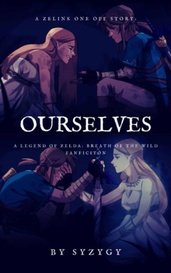 Before being able to defeat the Calamity that reigns over the kingdom of Hyrule, Link must learn how to be and accept himself without being an empty husk. In doing so, he awakens from his 100-year ... 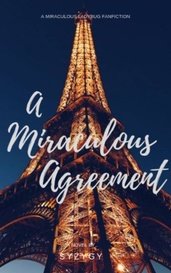 When he was rejected when he had promised the love of his life that he'd find her and marry her by a certain age, Chat Noir realises that maybe his true identity as an Agreste is stopping him from ...

When I saw your post on the fanfiction group wall, I was interested in the concept of an anti-hero. I haven't really thought or speculated about a possible anti-hero, and I was super excited to read about a character along those lines.

The story started off in a manner I did not expect. The very first chapter is quite overwhelming despite its small word count. There is a lot of information to take into account. It would be suitable for you to show readers the character's abilities in the plot's events (perhaps a PE lesson with All Might, that is up to you). Instead of telling the audience that the character is neutral, you should show it through the plot. It would be much more interesting to see the development of the character as an anti-hero and questioning citizen rather than reading about it straight off the bat. It would give a perfect opportunity to show the character's indirect characterisation and practice this component of story writing.

Your writing style is unique but can be worked on through more description and background information as stated above. Chapters were slightly short and the main character's point of view doesn't seem to take enough time to talk about the world. Worldbuilding is important, and although the story is a fanfiction based off of a world which has already been established by another creator, it is still important to establish the setting in your story so that readers can understand what is going on. However, I do understand that the character is attending the hero's school UA Academy.

I'm interested to see more interaction between the character and their best friends as well as their interactions, relationships and opinions toward other students. I want to know more about the character as the story goes on, what class they are from, how exactly their quirk works (this can be shown through a PE lesson or another event of your choice). Do they have any drawbacks to their quirks, in other words, do they have any sort of flaw or weakness upon using their quirk or with their quirk? I also want to know why the character has mixed feelings toward heroes and villains, and what leads them to become an anti-hero. Do they do something that is frowned upon in this universe?

I'm also curious to learn more about the odd feeling the character feels at the beginning of chapter 2, and most importantly, about the hooded figure at the end of chapter 2. What leads them to believe they are being followed? Who is this mysterious stalker and why are they interested in the main protagonist? This is one of the parts of the plot that intrigues me the most, and I'm excited to see this be developed in the future. This is one of the strengths in your writing. Your use of mystery is what makes this story interesting. :)

I apologise if my feedback has come off as harsh or over critical. I hope my feedback can help you in the future. :D

Unique plot, potential to be developed.

I saw this story on the fanfiction discussion group and it piqued my interest. I didn't know what to expect, but when I read the synopsis, overwhelming emotions hit me. The synopsis is quite strong, a little too much. I'm not too much of a fan of stories with profanity, though, it is alright when used moderately. However, I found it concerning that there was some sort of profanity and cussing almost every single sentence. I do not know what your character's quirk is, and I'm interested in how it is developed throughout the book and how it relates to their back story. From what I was given in the first chapter, this character has a pretty harsh background. Again, probably a bit too much to handle in such a short time, and, if you don't mind me saying, a little forced and unnatural. Rather, I'd like to see this trauma be developed throughout the book in small portions rather than just thrown at me immediately. Not only does it make the story more natural and authentic, but it also makes the character's development more worthwhile to witness. The synopsis listed the character's flaws and harsh background, it isn't typically something I would want to read if that's all the synopsis gave me. The character almost seems like a Mary Sue, but in an opposite form. However, despite this, I am excited to read more about this character's tale. I hope this feedback helps you, apologies if I came off as too harsh. :)

When I read the blurb before reading the first chapter, I wasn't expecting such a gripping introduction.

Harry's character is so interesting to read about. The current mystery of this anonymous assailant makes me want to read more, which is why I adore this book so much already! I would love to see more development on this original plot, it definitely has great potential. And what excites me is the introduction of the second main lead and how Harry and she will meet, how they will interact, how they will find this assailant. I really want to see their adventures together! I'd definitely love to see more interactions with Harry and his secretary, they seem like a very amusing and fun pair of characters already! I'd love to see more of Mr Evans!

Immediately going into my reading list for sure. And is definitely being liked as well. Thank you so much for writing this, Author. Please do write more. :)