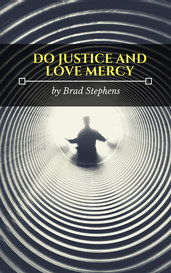 Do Justice and Love Mercy

In Corpus Christi, TN the heart of the matter is the matter of the heart. The externals are there to protect the brokenness within. But what if letting the inside out is the only thing that can he...

I didn't know what to expect as I began reading Hleo. I was put off early on by a few glitches in wording but the story began to pull me in regardless.. With each chapter the glitches became less and less and the pull inward stronger. The plot unfolded with ease and by the last ten chapters I found my self pressing on with more urgency to find out how it would unfold..
What I found as the work ended was satisfaction and longing. My suspicions about some of the characters were proven true but the way they were revealed only increased my desire to see how it would unfold. Those things were satisfying. The longing came in the questions that were purposely left unanswered. I want to read more, know more and understand this world better. I look forward to experiencing the further development of this Hleo series.