Hello! My name is Loricia, and I'm an aspiring author! Please enjoy my novels that entail adventures of all kinds :) 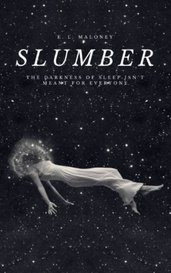 Imagine you wake one morning and find that everyone in your house is still asleep, and won't wake up. Only it's not just your house; it's the whole world. You then decided to hop online and see if ... 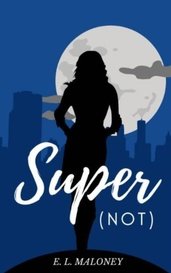 "What are you doing?" "Saving the city, the usual." ♢ ♢ ♢ Charity was born into a family of supers....with no powers. Soon she finds that no matter what she's told or how much she tries, she will...

Well, first of all, that ending got me GOOD. Holy heckers, I was mad. In a good kind of way, because it means the author has successively written characters and a plotline that gets me attached. Liana Parker, I'm coming for you if that second novel isn't released soon...
But just.... wow! Anyone who hasn't read this has seriously made a mistake. This book has an amazing concept, and is the first superhero book that actually deals with the horrors of being a hero. The protagonist, Carter, is amazing. His character arc is top notch (two thumbs up).
Also also alsoooooooooo the villaaaaaaaiiiiiiiiinnnnnnnnssssssssssss are just aRGH. They're made so well. Their powers aren't too powerful, they're an equal match to the superheroes (we love equal battle grounds). And the good guys don't win in the end, which is sad, but makes a fantastic story! I am honestly baffled by this book, and ya'll need to read this!

And that ending? Oh that ending... Don't get me started. Read this flipping novel, and you'll understand what I mean. Because, just, wow.

This isn't a story I would usually read... I didn't see the erotica sign when I opened it up haha. However, I do have some things to say.

This story definitely has potiental. The grammar and puncuation definitely needs to be stronger; it gets confusing when reading the dialogue, you can't tell who's speaking. The story was also too fast paced for my liking; to truly hook readers, you gotta write slow and deliberately to grab a readers attention rather than rushing through things.

However, I liked the protagonist and I'm liking the other guy... maybe focus on building them up individually as well as together would be great. This story definitely has some potiental and I can't wait to see where it goes!

This book has some real good potentional, and I can't wait to see it grow. However, I found the plot moved too fast and the author tried to focus on too many characters all at once. I know that it's exciting to show all points of view and tell many stories, but sometimes it's hard to do it accurately. I'm not saying it was bad, I'm just saying I got a little lost with the different plot lines.
Either way, I can't wait to see what happens between Alys and the Duke's son (gave me Bridgerton vibes, love it) and see the turn out of Ceci and the Prince with their secrets... :D
Can't wait for the next chapterrrrrrrrr