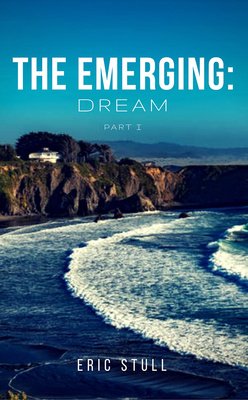 The Emerging Part I: Dream

In the land of Munda Luna, a group of supernatural people called the Rniti, protect their land from evil forces, but darkness spreads faster than they can protect. Children come of the ripe age of ...

I am not a fan of romance novels. I was not a fan of this novel, but did find Tim to be a breath of fresh air during the brief recourse I had with my read-through. Furthermore, slight grammatical errors as well as paragraph overload prevented me from fully engrossing in the plot.

Science Fiction at its Finest

Science Fiction has always held a certain place in my heart, I am more of a fantasy/adventure reader, but science fiction has always held a certain draw. This novel drives that home to a fine point where the science captivated me enough to explore the book, but the fiction kept me from attempting to dissect whether the science were possible at this current age which could be a limiting factor for some to read.

This work indeed grabs you from the very beginning. The author chooses to relate this work in first person as if the main character is speaking directly to the reader, unafraid to use the familiar second person even. Some may find this intimidating, but in the natural flow set from the first page, the second person cordiality relates a seemingly well-meaning grandfatherly figure about to tell a tale to his grandchildren. Instantly, you are wanting to know what wisdom and advice could be garnered from hearing such a tale.

Excellent read! There is some slight grammatical errors that can easily be cleaned up, but the plot and premise are rather captivating in that it is one of the great draws where one wants to finish the novel in one sitting. The characters are relatable and interesting, their chemistry written well. The humor is Soldier based, but watered-down enough that a civilian will find enjoyment as well.

The overall plot of the story provided a decent mystery for mystery buffs, but I prefer my mysteries in the manner of a mystery/thriller so that the action builds then quickly shoots into a nice action sequence throughout most of the book to conclude with a satisfying ending. This novel was a good mystery in itself as you felt for the characters, wishing for them to solve the mystery quickly. Grammar errors do exist as well as some chapters being encompassed of nothing but description.

By It, I do mean to allude to Steven King's It where the entire movie/book had that certain vibe to it that always led to an itch residing in the back of one's neck. That itch is what leads one to want to read to satisfy the monster within, but always wanting to turn away so as to not provoke the itch any further. Nevertheless, the twists were exciting as well as worthwhile to be thrown into, much as a water slide in the dark. You never expect the twist, but you are excited when it happens.

I feel this work is geared more towards children of a certain age that could understand the language used here, but also pre-teen to early teenagers as the work seems to present a story that could easily instruct to this demographic. Regardless, the world developed by the author is engaging.

Though the themes throughout this work are indeed philosophical as well as elaborate, it is rather difficult to fully engross oneself into the plot overall. However, when one overlooks the obvious break that relates the beginning of a new paragraph much as how a script would be written, the intelligent themes force one to become engrossed in higher thinking to be able to comprehend fully what is being told through this work.

In some areas, such as fighting games, having multiple main characters is a good strategy. In others, such as novels, it can be quite difficult to implement effectively. This novel does just that as it allows for one to become engrossed in the lives of both main characters without being drawn or attached to one over the other. Overall, the plot is engrossing as well as it grips you from the first chapter without relinquishing you.

This novel does not really add much to the realm of magic and humans as it builds upon the notion that humans will be afraid of magic that which they do not understand as well as the central divide amongst magic users to help or destroy the humans. Additionally, the grammar needs some work, but can easily be cleaned up. Furthermore, the reader can become acquainted with Clara rather easily if they can relate to being bullied constantly as well as wishing for a better life of which magic then comes to the rescue.

As this story begins, the author takes the time to outline the royal and nobleman rules and etiquette that must be followed, of which, every character strives to maintain the rules rather than risk breaking them. In the beginning, one does feel somewhat exhausted with the introduction of the rules as they are nothing original from the standard rules of nobility in the past, but make themselves prominent in a manner that one must pay attention in order to understand the characters. The beginning introduces Prince Nicky and his soon-to-be betrothed. Prince Nicky is but a child compared to his betrothed, but a secret well of mystery remains in him that coerces one to continue to read to experience all that can become of the potentially great prince. Throughout the story, Nicky is replaced by Nick, same person, just a slight change in name preference allows one to symbolically grow with Nick as he grows, taking on more responsibility, being looked up to, revered, as well as his betrothed. The central antagonist is rather grey and obscure as mainly a battle erupts between Nick and his people of the alliance against those that stand against the alliance. All-in-all, a wondrous world that captivates one entirely.

Though this short story is indeed not the complete novel, this stands as a great introduction into the sort of novel it can become. It introduces characters that one empathizes with almost immediately due to the culture of the elven band, twins that are seen as dangerous, regardless of age. Even though Ren is the main character of this short story, but not of the larger novel, he is still a compelling character, coercing the reader into wondering what it is that Ren will do next. The culture of the band sparks great curiosity for reader as well as how the short story begins on a stormy night, a known symbol of either great doom or great potential depending on how the author desires to utilize the symbol for a larger purpose. In this case, great potential is the most ideal direction.

I name this review as such for my expectations going into this work were completely opposite of what I encountered during my read-through of this novel. This novel's summary presents a mystery-thriller with a brief glimpse into the lore behind the disease of which the main character, Matt, is patient zero. However, due to my expectations of believing this work to be a mystery-thriller set in somewhat modern times with a unique fantastical spin, I was rather confused during the beginning of my read-through. When I encountered various magics and demons, I was thrown for a bit as I attempted to catch on to the bigger plot as a whole. Nevertheless, the dynamic between Matt and his sister, Erin, spurs the reader onward to learn of how Matt will overcome the fact that he and his sister were exiled because of his survival of the plague. This relationship coerces empathy for Matt, wishing for a happy ending for him and his sister. The brief interludes at the beginning of each chapter detailing how Matt contracted the plague as well as how devastating the plague can be is the biggest draw for the reader, especially one that does not find vampires, werewolves, and similar monster demons enticing. Regardless of the above, the mystery does remain throughout the entirety of the novel, leading one to wonder how Matt will overcome the masterful magic that he has found himself in.