World cultures are of great interest to me. 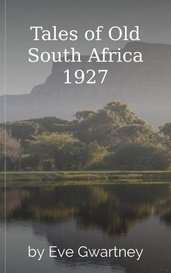 A legacy of stories depicting the struggles and conquests of man and beast of South Africa.The year:1927. There were stories to tell, drawn from the lips of people who lived, thrived, and died ther...

The townspeople of Maskerville wear masks in public: symbolic of social stratification which becomes the catalyst for what happens after Ink deviates from the norm. I almost gave it a 4 star only because the end left me hanging. If there is going to be a sequel, then the end is fine. But if not, I want closure. I’m giving it a 5 because it is entertaining and emits a strong message.

This is a horrifying story of two brothers that had screwed up their lives when they were teenagers. It has a very strong and important message that every young person should hear: with every action you take, there are consequences; they might be consigned to terrible thoughts of guilt after the action taken, and/or catch up to you later in life. It’s a sad story because of how the families were affected. It should be required reading in schools, but maybe change the f word in it to something tamer because it is for young people to read. (I’m an old lady that hasn’t gotten used to the trend of it.) A very good and unique idea about including questions for discussion. Chapter 15 is missing at the time I read it,

A mythical kind of a story. Elements of the earth combine to fight a battle between right and wrong. Leo, named from the constellation, is the hero and, Katherine, the heroine, combine forces to fight the evil spells that had been cast upon the subjects of a false king. Leo, his friends and Pegasi (plural of Pegasus) fight the tough battle. The story kept my interest to the end, which end demands more story of Leo and Katherines’ powers. Leo, a likable kid and one starting to think like an eighteen-year-old. Spelling, punctuation errors, grammar errors aside, the story was entertaining.

Hard to say no to a gorgeous teenage vampire-like guy. The plot was twisty, a good thing. I’m not sure if lust won in the end, it wasn’t clear (Vivi smiled at the vampire when he was coming for her) I tried to read this as if I were a teenager, I might have liked it. There was drag throughout it, kind of fillers just to make it novel length. I would consider shortening this and making it into a vampire story. Maybe make a collection of vampire stories or demon stories. You have the imagination to make it happen.

I read this as if I were a child, and so doing I think the child in me would have liked it. The story has a lot of action and a lot of talking. Because it’s a children’s book, I would take out some of the unrelated dialogue that happens throughout and make the story into one book. Being a children’s book, the text is too long as it is. Don’t make the kids have to wait to find out how the sisters become reunited and proceed with their mission to find their grandmother. One agent told me that many publishers shy away from series books. Punctuation errors throughout. One place you call Aleck Alex. One place you call a tree a tee.

This is a very dark story about a young man and his friends determined to make life miserable for anyone connected to the slaughter of his people, innocent or not. The sword fights were very detailed and very weary, bloody and gruesome. It was really weird at the end where Dominque is settled into his conquered domain. About a year goes by and all of a sudden he remembers the love of his life. Doesn’t know what happened to her: “Oh, I wonder what happened to her?” - only because he happened to suddenly think of her a year later. I won’t tell what happened to her, but now he is heartbroken because he has lost everyone meaningful to him. Why did it take a year for him to think of her and be concerned about her, making me unconvinced that he really loved her. If you like to read about blood and guts, this is for you.

Intriguing and full of suspense. Any story that keeps me turning pages is a good read to me. Forces of good and evil going strong. I like to read struggles of conquering evil. Well done, Becky.

This book is very long. There is a lot of detail in some of the battle scenes. I would have liked the author to take some of the literary energy she had displayed in writing her battle scenes, and scene-shift to the Kingdom of the Francks and the political shenanigans going on that lead to war that disrupted the lives of the subjects who desired peace. Her main characters were very likable because they were convincingly trustworthy. The story was entertaining, and for anyone that loves stories with magical characters, this is for them. Many expressions were out of sync with nature of language in medieval times, for YA maybe that’s okay.

A woman fired up to change the world, why? Because she is a mother. It takes a few years to discover how it might be possible. I liked how separate stories of three different families of the same children’s play group blended together to expound virtues that touch upon man’s humanity, a far cry from the real world and its indifference to humanity and the environment. A woman who is a mother might appreciate the message delivered. A childless woman caught in the web of a culture of politics, technology and the corrupt legal system might appreciate a different perspective of life: parenthood.