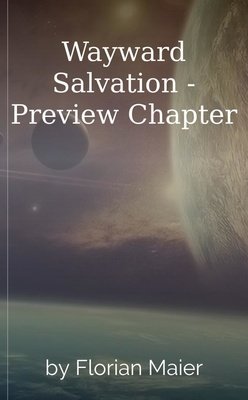 *This is a preview chapter of a work in progress*

Let's be honest, whether we like it or not, the Zombie Apocalypse has been done to death. From films like the legendary 'RomeroTrilogy' and TV-shows like 'The Walking Dead' to books like 'World War Z' and video games franchises like 'Dead Rising', there have been so many incarnations, they could fill the coffers of any zombiephile to last them several lifetimes.

Let me take you aside for a second, and let's look at the bigger picture: a fresh take is needed.

Yes, we've had self aware zombie comedies in forms of our 'Shaun of the Deads' and 'Zombielands', and not to forget a hammy teeny love-story/comedy called 'Warm Bodies', but none have been particularly daring, at least for modern standards, when it comes to the setting or story department.

The gist always is: 'Zombies happen (for whatever reason), modern society as we know it crumbles and someone (or many) must step up to do stuff, or just survive, or keep their humanity intact, or all things at once..'

Sound familiar? No? Well, then you've probably never seen 'Dawn of the Dead', or the remake.

'Green Sunday' is not only a fresh take on the whole Zombie Apocalypse shebang, it also dares to abandon the gritty seriousness of more recent incarnations for a return to Romero-style satire and humour.

Now I know you probably think this is going to be about the Zombie Apocalypse, but to be precise, the Apocalypse has happened, and passed. Turns out our shambling friends were no match for the Military leaving a lot of disappointed teenagers and zombie themed web-shows in the wake of the disaster.

TJ, our protagonist, is one of those disappointed teens, a tubby neckbeard with an affinity for cutting up plastic water bottles in his Mom's backyard with a mall katana.
His loud mouthed neighbour, Zed, runs one of the aforementioned web-shows and brings his audience (and us as the readers) up to speed on how things are now, of course hinting (or rather hoping) the Apocalypse will return so he can finally show off his automated killer cheese graters some more (yes, you read correctly, cheese graters) instead of having them tested on toothless zombie 'stumps' in his backyard.

TJ, meanwhile seems content swinging about his swords and imagining himself as a samurai in feudal Japan. So, why is he our main character again? Well, who doesn't like a lovable loser and underdog? I sure do.

Right from the title of the chapter you will notice that 'Green Sunday' relies on its humour, and it's far from toothless packing a real bite (obvious pun intended). I must honestly confess however that the humour may not be for everyone, since it does not shirk away from being vulgar and upfront. Don't get me wrong, it's funny, and I Iaughed and smiled all the way through.

Besides its off-beat humour, its writing is visual, the opening being a prime example for this. I'm a huge fan of visual and descriptive writing and found it to be one of the things that lifted it up from seeming like your run-of-the-mill piece of fiction published on the web. There was one point when the tense seemed to change abruptly but that is easily forgiven since the story flows off the page like a zombie oozes pus.

Overall, I found it to be an entertaining and not to forget refreshing read. To some TJ may seem a bit passive as a main character, but we're so spoiled nowadays by our quirky hyperactive and not to mention whiny emotional main characters that we have expected these to be the norm making it no surprise whatsoever when the protagonist does something badass or brave.

Needless to say, the story shows off its potential right off the bat and the author definitely knows what he is doing and how to tinge his universe in satirical comedy. To quote John Hurt here:

"We can expect great things from you."