Advocate for freedom, tolerance, and peace. Lover of animals, books, and cultures. Traveler, talker, and thinker. 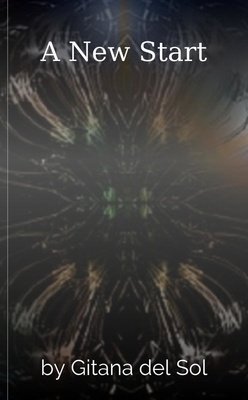 In which the Friar chooses the path of ghost-hood.

This was fantastic! I was kept waiting, anticipating what it was that James was going to do. I was a little concerned because I thought you meant James Potter, not James S. Potter, but I eventually made the connection. I think the only thing that is lacking here is Ginny's role. She grew up with six older brothers; she played on the Gryffindor team, and then moved on to play for England. If James was going to seriously talk Quidditch to anyone, I think it would have been his mother. Or, at the very least, she should not have had a side-line, soccer mom sort of role.

That was the only fault I found in this. Other than that, brilliantly done!

I felt that it was too long, too intricate. I think it would have helped having a shorter narrative of how our protagonist came upon the mirror. It was certainly fascinating, but because the fic starts off with him already having found the mirror (and feeling its effects), the very detailed back story only delays the reader finding out what happens, what he sees. It is definitely a necessary point, but there isn't really a draw for how he found the Mirror because he already has.
Other than that, I absolutely loved this! Very creative, very unique. I thought it was great that you did not have any of Rowling's characters, Maruader-era, HP-era, or second generation. I think it added to the story, in the sense of Hogwarts becomes its own functioning institution rather than about Harry. I do not personally like your idea of adding a fifth house, but it worked well with your story, especially with his musings at the end about them possibly adding a sixth house. I did not see that ending coming AT ALL! It was fantastic - gave me chills!

Very cute and very well done! I enjoyed it tremendously, and I normally do not enjoy James/Lily because writers will make them too gushy or too argumentative