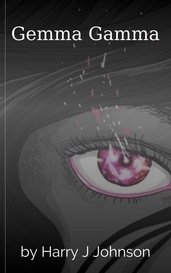 A mysterious force from the depths of the cosmos makes its long-awaited arrival to Earth after being discovered by a group of astronomers.

HEAVEN'S ANT FARM by James A. Scott, is a classic retelling of the forces of good versus evil but in a unusual way. This story is very anti-tradition but not anti-spirituality. However, if you are someone of a religious background, your brain may be ripped open and the contents emptied and replaced with something that may make you feel a bit uncomfortable. On its surface and deep within its heart, HEAVENS ANT FARM is a bold challenge to conventional ideas of spirituality, religion and the search for truth.

The main protagonist, Yahweh, is a representation of scientific thought who faces perhaps his greatest rival, Lucifer, who represents religious dogma. Both are from a world--Heaven--which has seen war and destruction in past generations and moves forward in its existence with great lessons learned. Much is at stake in their battle, namely, the future of the human race on Earth and the security of Heaven itself. Is humanity on Earth doomed to repeat the mistakes of Heaven's past? Whichever one wins out, Yahweh or Lucifer, will set their course.

My favorite part of the story was the telepathic connection between Yahweh and his wife, Gwendolyn. Even after her death, their love was still quantum-entangled. It may even cause the love-struck to wonder if there is more to the idea of 'soul-mate' and perhaps there could be a kind of sub-subatomic connection that binds us. I certainly believe so, though obviously I have no hard proof of this.

My attention was held well throughout the story. It had enough pace that it didn't feel like the 500+ page (on my iBooks reader) novel that it is. The action was well placed so that there were never any lulls...and I think the story is definitely heavy with the action so that is important.

The one disappointing thing for me is that I never got to see a T-Rex! Come on man, how can you butter us up like that and not have a T-Rex storm into the village and chase Adam or something lol. What a ripoff!

Just kidding obviously, as there is a great holographic T-Rex scene that happens long before the novel’s Garden of Eden chapter. Yes, I grew up a dinosaur nerd almost as much as a space nut and I wanted me some more T-Rex!

Someone with a background in science could easily appreciate the way James describes some elements of biology and also theoretical physics. He provided plenty of well researched descriptions of the technology and physics used within the story. I do think some details could escape those from a non-science background or people who don't read or follow science at all. But that will not detract from the story line. James stretched it as far as he could while still keeping in line with modern thought and that is commendable.

I enjoyed HEAVENS ANT FARM and am looking forward to the next volume and even some of James’ other science fiction works.