I'm a student in grade 12, and I write in my free time. I love horror movies and true crime! I'm also trying to connect with other writers and review more books :) 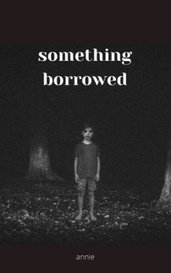 Already uneasy with her mother's strange illness, 11 year old Annie grows suspicious of her little brother who begins to see things - creatures that shouldn't have existed in the first place. 'So...

Although there's only one chapter, I can tell that this will be a very cool story! There's so much tension already! I think this chapter could do with a bit of editing, especially with punctuation. I noticed in many pieces of dialogue that there should be commas or periods to make the speaking sound more natural. In addition, there were also a few grammatical mistakes that could be fixed easily. This is a compelling start to the story, and I'm excited to see what will happen!

There are a lot of things happening, which keeps this story interesting! I like how your descriptions are always fresh and new. The only thing that could be changed is some of the grammar, there are a few places where words don't really fit together.

Although there's only one chapter, this story is already giving me classic horror story vibes! Although slightly cliche, your writing style is very clean and I didn't see any mistakes. Keep up the good work!

The plot of this story was really interesting! Choosing a child as the protagonist made the story stand out from other books, and so was the idea of using a camera as the point of view. I feel like this would be cool if it was adapted into a movie!

Overall, there were a lot of technical mistakes with grammar, tense, and paragraph breaks, and I found it took away from the story. I would strongly recommend editing. I think this story could also be improved by fleshing out more of the characters and action scenes. I also have a lot of questions about the conflict/war, such as how it was caused, who it's affecting, etc. It's such an interesting idea and I would love to see it developed further.
I hope you'll continue with this story and concept!