I incorporate my experiences from around the world into my writing, much of which takes place in Asia which has a rich fabric to add texture to my stories. 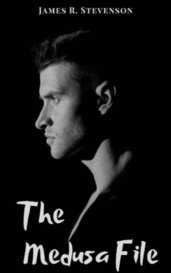 When Harvey finds a secret file hidden by his father, he begins to wonder if his parents’ death was really an accident. Will he discover the truth behind what happened to them?

The package is a tightly woven story that mixes fiction with history, and fluctuates effectively between the past and present. The reader is often in for a treat with this well crafted story, that questions christianity and implicates a major figure from the bible into creating a fraud. The writer could improve his book by cutting down on the lengthy descriptive passages in the opening chapters. Likewise, the pace of the story could be improved. Too often, the reader has to wade through lengthy dialogue between the characters that often turns into a discourse on religion or conspiracy theory, becoming tedious for the reader who is left wanting to get on with the story. A recommended edit could bring about a great novel, albeit a controversial one.