Old profile accidentally got deleted due to a personal mistake on my part. 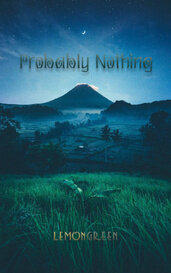 Going to slowly put up some of my old fanfiction here. This is a Moomin fan-fic that is Snufkin focused (I also unfortunately never finished it, but would like to continue working on it) (this is n...

Fantasy / Adventure / Based on Moomins by lemongreen • Ongoing • 5 chapters 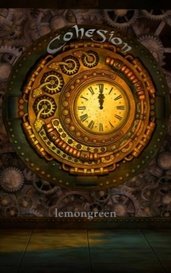 A young inspector, after barely getting his job under the global government, is the only one to survive an attack by a mysterious and shadowy mountain tribe leading into a manifold of events, inclu... 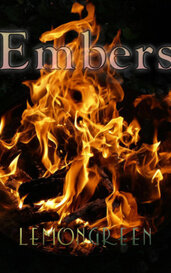 A short piece I originally wrote back in high school, but still manages to stay relevant. Thought I'd finally share it here, and may add a few other pieces with it.

Other by lemongreen • Excerpt • 1 chapter

A bit of a slow burn

I'm nowhere near done reading as I'm writing this review. It helps that it's still being updated (at least at the moment) It may just be me, but there did seem to be a few issues that made it hard to follow, and the plot was just a bit slow towards the beginning (that isn't a huge problem; slow plots can be nice every once in awhile) For instance, there are a few places where descriptions are vague to nonexistent, and there are some conversations that are hard to follow. Though even on saying that, the plot holds my interest enough that I actually don't mind the issues.
There are also some occasional instances where the plot goes off on some side tangents that are hard to tell if it's going to be important or not. I'll probably still read through it all. As I said, the plot does hold my interest.
I'd suggest reading it if you like the Studio Ghibli movie Howl's Moving Castle (the beginning at least has a very similar feel) or supernatural romance in general (though up to the point I'm at there isn't that much romance, but what is there is adorable)

Writer will ONLY stick to their “style” (no editing)

There’s a lot that needs to be edited in this; it still comes off as a draft. The problem is the author is so set in the style and doesn’t seem to actually WANT criticism to fix problems (or at least, because it’s their personal style and gotten so many positive reviews they aren’t looking to change it) This really isn’t a good sign. It shows (which is also, ironically a problem I found with the protagonist in the book) a lack of looking for growth. I was actually going to try to read through the whole thing, but the author themself has turned me off from it.
There is a decent idea here, but it’s buried under issues that the author isn’t looking to ever fix.