A non-English speaking writer who is trying to write his first novel in English. I'm also a fan of manga and anime. Ch > 80 Update: scheduled date and month. [Chapters Finale] Stay tuned!😁☕👌 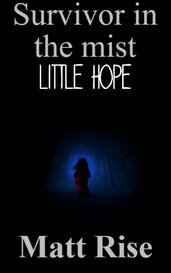 Survivor in the mist

When more than two-thirds of the human world is blanketed by dense mist, then... No more rules. No more laws. No more nation-states. No more governments. No more human civilizations remain. Only mo...

Was not expecting that! 🤭👍

Despite the story having a beginning but as I read along, somehow I feel like I found myself already in the middle of a wider or longer story that was not written since the whole story itself is a short story consisting only of 16 chapters. It made me a bit perplexed for a while.
The overall story is interesting and the writer can drive the reader's mind well by taking them further deeper. to introduce the main characters, Marshal and Larna. The latter remains a mystery until the end but the reader will know something about her as they read along. Like who she is and what happens and so on? Also, to marshal.
Although this story is only 16 chapters, once you read it, you can't stop until you finished the whole 16 chapters to know the ending.

Next, I want to explain these two points:
1. I gave 4 stars to the overall story because it didn't mention where and when the story took place and that limited my imagination while reading and also the unwritten story gap that I felt.
At one point, Marshal looks at a window and there is a spider web followed by a joke. For this part, I didn't get what it meant in relation to the overall story. It also points out the story happened. in spring or summer.
2. I gave 5 stars to the plot because it makes me keep guessing whether this or that. will happen which I cannot mention.

A good short story to read and hopefully, the writer will produce more short stories in the future.
Lastly, thank you for letting me read your book and review it.