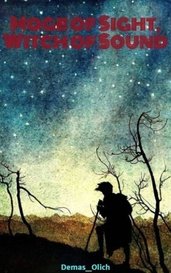 Mage of Sight, Witch of Sound

Book 2 of the Virus Gene Saga! Aidren Alson and the plant manipulating Carpenters have escaped from the Camp Walker Reintegration Facility. Unfortunately, the military, led by Colonel Baxter, isn't... 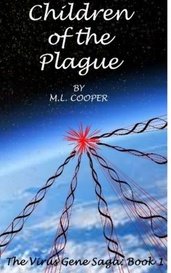 Children of the Plague [NOW AVAILABLE ON KINDLE]

Aidren Alson has been stuck in The Walker Military Protection and Reintegration Facility for four years. Six months before his arrival, a deadly virus spread across the world killing most of the po...

I like everything about this book, but maybe that is because I'm the author! I just realized I could do this, so why the hell not?

Great beginning to a book

The writing is superb and you can tell there is real care in getting the language right. The premise is original in its setting and the setup indicates it will be a novel to watch and remember.

While still early in the story, it is clear that the main characters have been fleshed out. With both there are elements of intrigue and past issues in their lives that have yet to be divulged. Detective Walsh is a little two-dimensional and some actions of the entire cast are questionable, such as Walsh walking out of the office or Xavier's hair being dripping wet while he is already dressed in a suit, but there are many more things to look forward to in the story.
The mysterious circumstances swirling around Xavier Winter allude to a great plot and interesting conclusion. I did find it difficult to suspend my disbelief at the blatant sexual tension between the two main characters. It seemed too overt and straight forward too quickly. However, it did seem that Xavier had planned everything so I hope eventually that alleviate my apprehension.
The authors writing style is smooth and makes for an easy read. I additionally like his comments at the end of the chapter. Some of the scenes could use a little more descriptive detail, but it isn't absolutely necessary as the story is engrossing enough to not think about it until later. My biggest issue with the writing style, and a couple similar times in the story, is when Xavier is described as looking almost 27. There are three things wrong with this. (Sorry if I'm being too nitpicky)
1. I some one looks "almost 27", than they looks 26.
2. It should be twenty-seven for novels
3. What does a twenty-seven year old look like? How is it different from twenty-five or twenty-eight?

Bottom Line: This story is worth the read. It has and interesting premise, engaging characters and a unique POV.