mother of 1 and Navy wife who loves to read and write. 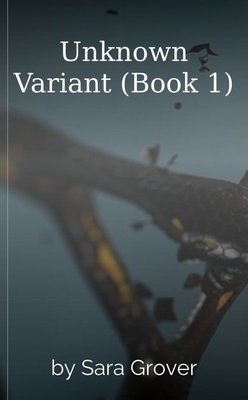 An intriguing plot and thrill to read

This is thrilling twist on a zombie apocalypse like scenario; a mysterious virus (which I cannot wait to find out how it originated.) as the cause of the downfall of mankind. The main character of Aurelia is a relate-able young woman who is no stranger to adversity; as her past is slowly revealed throughout the story, you more and more insight into her behavior and motives.

I'm most interested in how the character of "Shep" will develop and if his mysterious origins and how he was able to survive will revealed.

The fact that I am NOT a fan of zombie stories in the least bit and still enjoy this story speaks to the author's ability to effectively convey what is in their mind into the written word. Not only is her style easy to follow (you will not be distracted by erroneous errors), but it keeps you in a constant state of suspense; revealing just enough information to keep you hooked and wanting to know more.

Unapologetically politically incorrect and I love it!

Having read the first book, Green Sunday, I was excited when this was posted. This story, like the last was unapologetic in it's unfiltered critique of society and people in general. If you are easily offended or "triggered" then this is not the story for you, but if you love to laugh and enjoy brutal humor, then this is your story. This book is not as polished as the last one, but can easily be fixed with proof-reading and editing. Overall great read if your not a fragile little snowflake.

I am huge sci-fan; love all the classics and authors, which a few were mentioned in the story, but the constant missing or misplaced commas and sentence fragments made this a halting read for me. When I would get to a part in the story that got exciting, I would hit the brick wall of bad punctuation and sentences starting with "and." The idea for the main phenomena in Texas is interesting, but the character of Trevor bored me, and some of the secondary characters seemed to be borrowed from other stories; i.e. "Big Jim" sounds a lot like Big Jim from Stephen King's "Under the Dome"; a shorter, mild-aged male with too much money and a Napoleon complex.

I could see market potential for this story if it had a partial rewrite and proper editing so that it flowed on the page instead of feeling like stop-and-go traffic through a bottleneck.

I love this story! The way the author writes is what really hooked me; it's very candid and brutally honest, not tip-toeing around the way things are. Being a bit of a nerd myself, I love all the nerdy references and catch myself giggling at times. I am not a fan of zombie stuff, honestly; I find it stupid because it's just physically impossible for something that is dead to have hunger (as it is dead and therefore has no metabolism), but I digress, I love this story. It has a Sean of the Dead/ Zombieland feel to it, and I can't stop reading it.

a lot of potential

I wanted so badly to be able to get through your story, but distracting error after error stalled the story as I tried to read. I would love it if you could proofread and then republish the corrections. A story about divine creatures can be enchanting and a thrill to read, but glaring errors kill the flow. if you would like me to give details and point these out, I can do that if you wish. Also try grammarly.com, the free part can help a lot. Keep at it!

Unique story with strong characters and a great flow

First off, sorry it took me so long to review (my life is crazy) anyway, I thoroughly enjoyed this story! Your descriptions really set the scene and the main character, Hannah, is very well developed, and I found myself really liking her. Grammar and punctuation were excellent (I'm a stickler on that), which made the words on the page flow effortlessly for me.

I loved the element of mystery surrounding Hannah and her origins, as well as the secret society of Hleo; though I did find it a bit unbelievable when Ethan just divulged so much information to her after having never told these things to anyone before in the 120 or so years that he was in the organization. That part felt a little rushed, but I understand your need to try to explain it all to the reader without writing 1000 pages.

Overall a great YA mystery with a touch of romance and fantasy; I really enjoyed it. :) Maybe a sequel?

Murder mystery on the frontier (of space)

When I first started reading, it was a bit slow; though only because it was so information intense and fast-paced in trying to describe how this complex galactic corporation/government like entity controls known space. I would suggest maybe adding a preface to better educate the reader to help avoid the confusing information storm, but after that; wow! The narration style was captivating and descriptions of places and event were thorough and vivid. Once Harry disembarked the shuttle onto Magnum-4 the action took-off and I had a hard time not staying up all night to keep reading.

Harry, our protagonist, goes from a wimpy, Directorate flunky (and in his time's the equivalent of a paper-pusher) on a less than desirable business trip to bring back a high-ranking, wayward member Lydia Thompson to Earth Prime, to a frontier homicide detective. His initial job to bring back Lydia is immediately sidelined when he is greeted to the news that Lydia's lover, and Magnum-4 kingpin, Steve Somerset, has been murdered. On other planets this would not be seen as big news, but on Magnum-4, crime doesn't really exist; the people want or need for nothing, as long as they work. With a toxic atmosphere and Terra-forming only used under domes for mining and living, there is no place for prisoners. anyway. Those who break the rules are quickly eliminated, and the inhabitants of the planet are, for the most part, well behaved, model citizens in a wild-west-like space frontier.

Harry's job goes from inter-planetary errand boy to homicide detective when Lydia puts him on the case of figuring out who murdered Steve. In the end, Harry solves not only Steve's murder, but two others and discovers his true abilities and self.

A thrilling and original plot that has captured my attention. I have yet to finish, but I will! The writing style is superb, though sometimes feels a bit overly descriptive. I am able to picture the scenes in my mind and feel connect to the main character. I am captivated by Valeena and her journey to figure out her origins and find others like herself. This story is a perfect marriage of fantasy, adventure, and mystery and is a great read!

If you are into very futuristic, space-traveling scifi, this book is for you! This story is packed with detailed battle scenes and a fascinating world of strange creatures and environments on the fringes of "Dark Space". The protagonist, Alex, is a strong-willed young man, who at first seems to be a bit of a coward, as his reasons for joining the order are to avoid military service, but he is much stronger and braver than he first appears to be. The religious order of the White Falcon reminds of a mix between monotheism and the Jedi knights, in a time when religion is mostly a thing of the past.