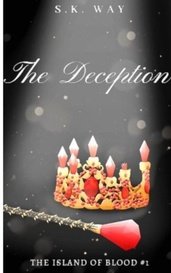 Iris awakens to an unfamiliar world, her memory erased. The ruthless ruling party, known as The Committee, has brought her and five others to the island in search of a successor to the fallen Commi...

Disclaimer: I have only read the first chapter of this story so far
I liked the story, especially with the futuristic feeling about it. The action scenes were very well written, and the writing kept you with more questions and made you want answers.
I have only one small critic. I personally feel like the diologue could have been better if the action of the person doing the talking was stated first rather than after, or in the paragraph before. That would have kept me from double checking who was speaking a few times in the story.
Even with that critic though, I really enjoyed the story.
So far, I would definetly recomend this story to action lovers and futuristic story lovers (again, this is on chapter 1, so I don't know how things will go from here)!

Am Going To Read