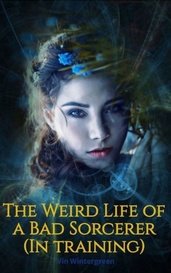 The Weird Life of a Bad Sorcerer (In training)

Rejection is bad. When I was rejected by the magical institute, for my father being the villain my story needed, I had her by my side. Actually I didn't. It's a metaphor. She came later, but still... 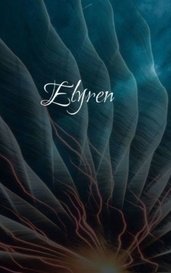 Elyren has long been a mythical person, a manifestation of the countless stories and great deeds rather than an actual man. But as a friend, I have taken it upon myself to honour his life, detail t...

This story has the makings of a good one. There isn't much logistics one would expect with vampire stories, and sure, while there are a few concerns over how the taking of slaves would be considered by the human community and such. The story has a good romantic line, and one would probably find themselves patronizing with the hero rather than both the protagonists. Being kings, I would find it more appealing to have more political subplots that necessitate their actions, not just ordering other characters around to call them by their royal titles.
Overall, a well-conceived plot which deserves more note as to the implications in their actions. I would suggest the author to try expanding her base to include more than just romance since her writing skills are good.

An Exception to the Genre

I would rarely have read horror in a book, and even then, I would have never expected that I would find such grotesque imagery of epitomes of innocence being the stuff made of your worst nightmares grip you in the middle of a place which threatens you with the worst of microbes. When else would tetanus be the least of your concerns?
A slight workover to the commas and some of the more distracting allegories and the author has a very gripping nightmare for her readers. A nightmare that they will immerse themselves in, though, due to the plotline.

The story has a promising start. I have only read the first chapter, and it has me hooked to read further. Humanizing what the average person considers as a monster takes guts, and you have made Mephisto sound very human. it was a bit cheesy at points, but for the most, it seemed to give a well-developed character. Good work!