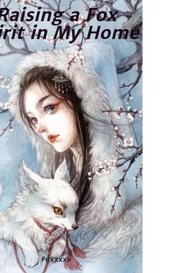 Raising a Fox Spirit in My Home

TLDR in Pro vs Con form

Cons
- Some Taoism terminology was lost on me, but didn’t impende on reading

A More in Depth Look

I’ve been reading Chinese novels for over 3 years now and have read and dropped many books as something related to the writing style, plot, or something else irked me enough to realize the story wasn’t worth pursuing and I am happy to report that this isn’t one that I plan on dropping.

The story is a nice mix of classic Chinese novel writing with cultivation meshed meshed with how it all fits into the modern world. My main draw to this story was that I enjoy romance stories and was in the market for a few new pick ups and found this gem. The MC accidentally swallows a pill that the fox girl risked her life for and he starts to go through rapid changes and has this beautiful girl living with him after a life of loneliness while the fox girl sticks around in hopes of raising the MC’s cultivation to a level that she could kill him and absorb its benefits for herself after being thwarted in the first place. This changes early on in the story as she soon begins to grow feelings for him as he takes care of her in this new modern world as she was used to a very secluded lifestyle.

Her cluelessness to the intricacies of modern life that we all know today lead to many interesting moments in the story that can be used for great comedic effect and I found myself laughing out loud a few times.

Early on, we don’t get a really good idea of how strong the pill has made the MC and I like that vs normal tiers in cultivation novels as it leaves a sense of mystery as he grows stronger so it makes for some interesting fight scenes in the modern era.

The only part I did find myself truly confused is some of the Taoism stuff as xianxia is relatively a new genre to me so take that how you will. If you are like me and not as familiar with this type of stuff, it’s not a huge deal and the story still moves on as you pick up a general idea of what the author means.

Overall, it’s a story that I enjoy reading and that I try to keep up to date with as new chapters come out and one that I recommend to friends.