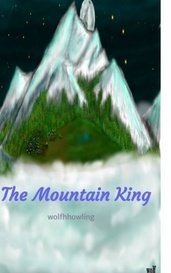 Legend is all fine and dandy but what happens when your part of it? Will Chrystal Moon pack rise to the legend, or fall into darkness forever.

Figured it out a while ago.

Ruth regrets it, but sent faith back to " make amends" I think the death with his baby is why and what he thinks faith betrayed him. The first round, of her going back she was scared and confused. Held a fear for him, because she fears future Ares, she gets rid of the baby, fearing the vampire, confusion being scared inc, is why the first round failed, because I think the first run was ruth sending her back because she regretted staking him. After finding out that cyrus was evil. Shes remembering the first time she went back. Because then she didn't know much about him. It failed because while she had fallen for him, she still feared him. She have the cross she gave to ruth , which reset the time line. If faith gives ruth the cross they can reset the time line indefinitely. The second go around, Ruth's soul remembered and was all ready in love with him. Making her his beloved, this time line he was turned to stone. Instead of staked because she made a deal with ruth. Weather or not the timeline the key factor in his betrayal is her ending there baby. Her amends is deciding to keep it. And this time telling ares of why she is here and the deal she made. Shes his beloved, because her soul recognized his soul who had fallen for her. This time she decides to keep the little one and get some of his blood for ruth. Because as I see it, shes basically rewriting history as she moved forward.

I'm sorry but the more and more this book goes, I'm just going to get rid of this book. It's not something someone who has anxiety due to " horrible" relationships should be reading. However dear sweet author please when this book is finished or just someone else who reads, find me. So I can read the end, as I'd like to know how this ends but I dont want to keep putting myself through the horrible panic attacks this one is instilling in me. It's a very good book, and as much as I'd love to read it, I just can't due to my health. So promise you will find me when this is done. Much love howl.

Is it sad, that I'm so happy she realizes she's being childish, but also thinks she's going to keep being childish. She goes on a date with the beta and I'm not going to bother reading the rest. Because if she's not going to start growing up. Her argument with him, wow. Really petty reasons. I read the first book. I get it, but that's what shes up set about? Still? She does know her grudge is going into toxic area right? And shes really going to stoop that low? Please make the main character grow up.

As a female, I hate her at this point.

Good book but man is it frustrating.

Seriously why doesn't she just tell them she's a witch and the stupid dancing around will like and. Because honestly a witch could do damage to a wolf were or otherwise, and you think it would click for her that possibly her dad knows his wife to be is a werewolf you'd think.

Honestly the tension feels a bit unnerving and to freaking building up. Need a knife and a fork to pop this bubble type tension. And I'm hooked.

Kinda short but I liked it