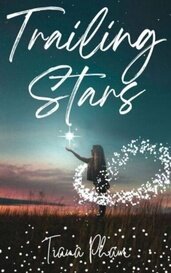 For Mona's upcoming sixteenth birthday, there's only one thing she really wants: to get it over with. But with her family coming to visit her and her older sister for winter break, all she can do i...

Drama / Other by Tiana • Complete • 26 chapters 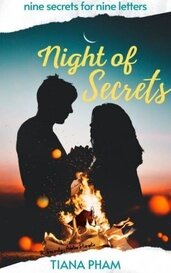 Another year, another three letters to write and never send. Since freshman year, Adeline Stargate has made it a tradition to write letters to each of her three friends telling them what she hated...

Drama / Other by Tiana • Complete • 18 chapters 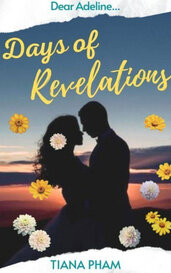 Days of Revelations (Night of Secrets #2)

Adeline Stargate is more than happy to immerse herself in her senior year of high school with her new group of friends and her childhood-best-friend-turned-boyfriend, Jax Inkrose. No more toxic fri... 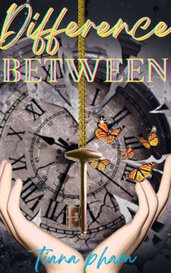 The world is complicated and people even more so. Everything in the present and future is nothing but intimidating and unpredictable, and Ashlyn Artwell doesn't know any other way to navigate moder...

Drama / Other by Tiana • Complete • 24 chapters

I really grew to love our main characters in this book. They were really different, and you wouldn't expect them to be friends, but they complimented each other perfectly. I love good character dynamics, and the ones in this book were absolutely perfect. They helped each other grow, and that's what good friends are for. I'm glad that they got to know each other, and I'm glad that I got to know them as a reader. I really did adore this book and all the interactions between characters good and bad. Well done!

A very quick but pretty entertaining read. A lot of scandals but all really interesting to read about. It was all very well written, but I would've liked to learn more about our main characters and their lives outside of the business they were running. But I enjoyed what was given! Good job!

I really liked this story. It's about coming into your own even if it means having to outgrow who you were. Something that never quite stops happening and is important to talk about. The theme was orchestrated beautifully, and we got to see our MC grow into who he really is but still be who he was in a way. Beautiful theme that was beautifully written.

Overall, I really liked this book. The only reason it's 3 stars is mainly because of the glorification of the romance between a much older man and a young girl (the man was her father's age and that romance was the only relationship that she felt safe in despite it being grooming). There was also a lack of trigger warnings, so if you're sensitive to reading things that involve rape, sexual assault, and domestic abuse, proceed with caution.

Other than that specific romantic relationship I mentioned, I liked the overall theme of the abuse of power in relationships. Our main character was the victim of a lot of abuse from the majority of people in her life which eventually led to a big tragedy. I think the author did a great job depicting how toxic relationships and power dynamics can really harm a person. Again, I did like the book. The lack of trigger warnings and the glorification of that romantic relationship between two people with a 20-30 year age gap was a little off-putting, but those are really my only critiques.

All the existential crises (in the best way)

I absolutely love this book. I wasn't expecting to have so many existential crises, but I'm very glad that I had them. I think it's been a really long time since a book has really made me think about life the way this one has. Books that are really in the MC's head are my absolute favorite because they make you be in your own head as well. And sometimes you have to be in your own head to reflect on your own life and the world around you. That's exactly what this book did, and I enjoyed every minute of it.

It's a cute, creative story with a fun MC. I've read the previous draft and the revised version, and it's definitely improved. Good writing isn't spontaneously amazing on the spot. It's constant rewriting, so, therefore, this is good writing. And I know the second book will be good writing, too 💖

This was a cute story. I didn't like Kade at first because of how pushy he was (not that I liked Archie either), but he turned out to be good for Sloan in the end. Very cute relationship 💖

I spent basically the entire story hoping and praying that Anjana would realize she deserves a lot better from everyone and would up and leave and start a new life. Our main character is mistreated by pretty much EVERYONE in the book (minus her brother, bless his soul). Even her friends don't even seem all that protective of her when it was clear Tristano wasn't the best person.

Our girl is strong and fierce (although she does tend to drag other people down, especially other women, to bring herself up), and she didn't deserve to end up with a guy that was so toxically masculine and usually put what he wanted over what she wanted every single time.

Our girl deserves a better life and better relationships, and I will stand by that statement forever

Overall, I did enjoy the book. It was well written, but sometimes I wasn't entirely sure what was happening or if the plot was moving along. Disclaimer: I don't tend to pay attention to plot anyway because my main focus is always on the characters. And I really enjoyed our two main characters, Kavas and Theron. Kavas especially became a favorite even though I didn't really like him at the beginning, which speaks volumes about the character development. Not to mention the character dynamics. It was all I really needed to keep reading.

I'm not usually keen on werewolf stories, but I find this one pretty unique. I've grown to like the characters, and I find some elements really clever like the wolves having different personalities and entities from their humans. Again: not a type of book I would typically read, but I am enjoying it so far

Very jarring (in the best way)

Overall, I found this to be a really interesting story. It's about a woman that grieves her miscarriage and finds solace in a painting of a little boy that comes to life. It's truly creepy and spooky but in the best way possible. The ending really jars you.

If you're a fan of horror (which isn't usually in my wheelhouse of reads but I liked this one), you'll really enjoy the story.

I know this is still an ongoing book, but I love it so far! The characters and character interactions are so fun! I live for the awkward authenticity of it all lol and I can't wait to read more 💖