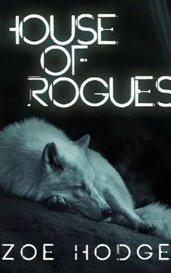 (Please do not judge my book by this blurb I wrote it up quickly in order to post the actual story Also just be warned this book contains depictions of abuse so if you're not comfortable with that ...

It's ok but it could use a little work

First of all I would like to say that I like each and every idea you had. The plot in each one of your one-shots had potential. The characters all have potential, everything about your writing has loads and loads of potential. It just needs a little bit of a touch up to be as good as it can be
I think one of the most important things that you need to work on is building up the characters, giving them life, making them relatable. One of the many ways you can do this is adding more of what they are thinking into your writing so like instead of

"Dean was mad at Caitlin, he was mad that she didn't tell him sooner, he was mad he finds out this way, that he needed to almost lose her." (From Chapter 3)

You could expand on this and give Dean more emotion, make him easier to relate to, and do something like,

'Dean was angry with Caitlin. How could she not have told him this sooner? They told each other everything... at least he had thought they did. And this wasn't a small thing either because she hadn't told him before now, he had to find out that she lied because he almost lost her for good."

Other things to think about when your writing
-Grammar

-Add some imagery and details, Tell us what's going on around the characters, where they are, are there noises making it hard for them to think or hear each other. What color is the carpet that a character looks down at? These things are just as important to the reader as what the characters are doing and saying.

-Spelling and I cannot stress this enough. If you have a bunch of misspelled words the work is hard to follow for a lot of readers and they will just give up. I would hate to see this happen because your stories deserve to be heard and if something as simple as spell checking your work before submitting it can fix that, why not do it? I double and sometimes triple check my work before submitting it

-Give your character's some life and some emotion. Maybe consider writing in the first person for all or just a part of a one-shot, see how you like it because it might help you put the emotion from your characters into the stories

Also not really part of the review just a question, what happened to chapters 1 and 2? It's a bit odd to start on chapter 3.

If you need any help editing or just someone to throw ideas at or just to chat with I'm always available to help out just shoot me an email or a message on Instagram and I'll get back to you as soon as I can.

Good work and keep it up!

The storyline is amazing and I can't wait for more chapters!

You have a great story so far and I loooove it! The relations between characters are clearly set and they are very relatable. There were a few grammatical things but overall I loooved it! <3

The Tree of Knowledge

I loved this book. The concept was sooooooo intriguing I finished it in a few hours. Great characters, although i would have liked to see more of the people in the cavern, maybe a sequel about them? Definitely a must read!