A sentient racoon that also happens to like writing stories. 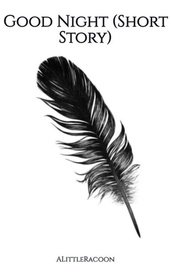 A short story evolved from a rant I had in my imagination.

Other by ALittleRacoon • Complete • 1 chapter 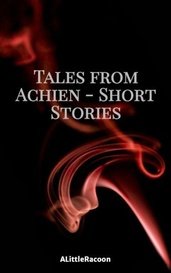 A dive into the rich histories and cultures of the peoples of Parvilien, Erthuran, and Vilrin through their stories. This book is dedicated to short stories, and will most likely have updates once ... 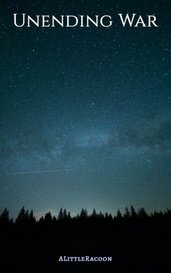 Perhaps this is life. The beauty of the landscape dotted with craters from artillery. The serene voices of insects silenced by the screams and roars of soldiers. The hopes and dreams of all of us, ... 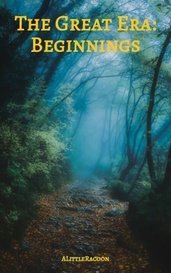 Avalel, the heir to the throne of Achien, is born in a turbulent time of civil war. Will he overcome the obstacles and become the greatest king ever in the history of Achien, or will he perish? The...

Although this story was generally short, the plot was very straightforward and the brotherhood between the Monarchs was done really well. I especially liked the character of Hector and how he reached for the goal despite his agonizing injuries with the sole thought of helping his comrades. Although there are some parts that can be done better showing than telling, overall, this is a great story, and I look forward to reading the next two. Again, great job on the storytelling!

Read the story now
To Get There... by Taylor
Overall Rating
Plot
Writing Style
Grammar & Punctuation

A horrifyingly beautiful piece of art

Although I was quite confused by the plot of the story, the detailed descriptions make it seem as if I was in that "world", if it can be called one. The style is flowing, feels fast yet relaxing, pushing you onward but only with small nudges, just like the uncertainty that is presented in the story. It feels poetic. An amazing piece of art all in all.

When I first began reading this ongoing novel, I was quite pleasantly surprised by the casual tone of the story, which clearly showed the perspective of Helen, the mc. The initial introduction of Craig the merman showed him as kind of a spoiled brat, which slightly rubbed me the wrong way, but the way it's going, he's becoming more likeable by the chapter. The dynamic between Helen and Craig was greatly woven, being very natural and more or less like actual friends, with only minimal clunkiness to move the plot.

A very small nitpick would be the relative blandness of the other characters such as David, but that I trust will receive the deserved treatment as the story progresses.

Overall, a refreshing read, and looking forward to how the story develops!

A combination of clichés... into something entirely new

The stereotypical depiction of death: a frightening, disgusting, hooded creature. Quite similar to the depiction in the story. The depiction of an angel: a beautiful humanoid being with wings. Just like the story (at least how I imagine it). A story about a girl meeting a guy and gradually falling for him... the entire story should've been a dumpster fire of clichés... right?

No. The story, although SHOULD be riddled with clichés, is not, thanks to the internal conflict and the first-person POV that the author presents. When we see the mind of the protagonist (quite vividly as well), we sympathize with her and try to cheer her on. The fact that she was "forced" to be a Grim Reaper of sorts while still retaining her human consciousness is also very refreshing. The character of Mochta is also very well-written, being kind of like the "ray of hope" for Shina. The plot at first was a bit confusing (since it's from first-person), but it slowly was woven into something very intricate and beautiful, raising many questions after every chapter.

Altogether, I look forward to each new chapter, and the surprisingly amazing combination of what should've been clichés.

Amazing. The kind of subtle yet detailed artistic expression of just a few colors is really masterful and awesome. Black, White, and Red is a beautiful poetry collection that one should read in their free time. In fact, it can be used in English classes in its use of various literary elements. Just wow.

Even though this is a fairly new story with only one chapter so far, I feel there is already a sense of building up in it. The story overall in the first chapter was interesting as to set the pace and place for the readers to pick up. It was really easy to grasp the pace, and it's actually kinda chilling to think of a mini-purge by a killer.

For improvements/ideas, I think a stronger focus on horror would be nice since it so far surrounds the main character trying to avenge his friend. Maybe a plot twist? The Grim Reaper's identity? Cliffhanger end?

Review on the exposition

When I first read the teaser, I was immediately hooked since I'm a HUGE WWII fan and found the first chapter quite interesting. However, some parts were a bit too short, and I wonder if it could go a bit longer.