If we plan to do a read/read & review/review then I will not post the review that I made for you until you post mine. I will let you know when it's ready. ;) 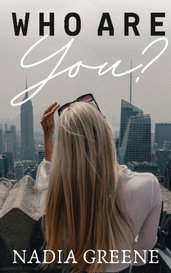 Mona Moore is a 25 year old law major playing secretary for a renowned politician. Her life was never simple, but it was easy until she met a Mr. SiWoo Moon; an author and political journalist with...

I. Love. This. Story! SPOILERS

[SPOILERS IN MY REVIEW]

Off the bat, I am SOOO happy to see a character named Blithe! My best friend’s name is Blythe and it makes me super giddy to see her name since it’s so rare. I had to send a picture to show her.

Oh, I love your vocabulary SOOO MUCH! So beautiful how you describe the characters in the beginning. For some reason my mind was flowing, like wind or like someone dancing eloquently while reading your story, the words were just so pretty. “But she was vinegar, bitter and acerbic.” Oh, I love it so much.

The characterization is phenomenal. It’s so nice to see such an authentic, pure relationship between sisters. And it’s nice that they’re self aware and aware of their surroundings as well, it’s refreshing.

[ It’s nice to see the older sister struggling with how she feels. At first she wishes her little sister will never be tamed, then she falls into her mother’s word and thinks “mama is right.” It’s like deep down she understands that her sister is who she is, but as the older one she worries about her as well. Worried she won’t fit in. It’s very pure and realistic, something siblings do worry about. To love someone as they are, but also worry about them being who they are in the world we’re in. ]

[ The childish reaction of the younger sister is also a good portrayal. The tantrum and the wishes. The hopelessness and the irrational resentment. It’s really well written out. ]

The overall plot to this story is fascinating. It leaves me wanting to read more. And the fact that the characters are both relatable and realistic is even better. The emotions are so raw and real, delicately explained with beautiful vocabulary. It’s really great.

This may sound a mess, but I wrote it out while reading to get a good layout of my thoughts. I really hope you continue this story, I really want to see where it’ll go.

"We got to slow it down"

Sorry, it asked me to put a title so I put a song lyric that I felt while reading this story. Let me start off with some praise- I like this plot that you're going for a lot. I think it has a ton of potential to be something great. The characters are at the bare minimum entertaining and easy to understand. I will say that I'd like to read more because the ideas your showing are interesting. What way will the story go? I think it's excellent that you actually have me interested. So, very good job with that.

So, I wrote this whole thing out for the criticism and I just... felt guilty. I feel like you must be a young writer and I don't want to discourage you publicly. That being said, I'll summarize it by saying- slow down. Slow it down down downnnnn. I felt like I was running a marathon, my heart was racing and I was getting anxious reading it. I'm not asking you to go all Stephen King detail on it, but you need to make your chapters longer. Add more details about the senses. What do you see, smell, taste, feel, hear. What is your character thinking? Monologue a little. Have longer conversations and let the characters slowly get to know each other.

I have a lot to say and I'll be more than willing to help you out with some advice if you ever want it. I'll be continuing to follow your story since I'm very interested in how it continues. I believe it has a lot of potential. :) It just takes some time and patience.

I have no clue how this website works, but if you ever need help I'm also on Watt.Pad @maddysmac
Just message me anytime and I'll be more than willing to talk more with you about your story and ways to improve it.

So, initially when I started the story I was hesitant since this is not usually the style or genre that I go for. However, I am SO HAPPY that this author has made me change my opinion. I really really enjoyed this book so far. Immensely. The plot is intriguing and makes you want to know more, the characters are lovable and relatable. Every chapter made me want to read more and see more. Highly anticipating more chapters to come.

To the author- the only issues I saw were a few spelling errors here and there. It wasn't enough for me to deduct a star, but maybe a quick re-read through the story can allow you to see the errors and correct them. Amazing job, really. Keep writing more! I want to see where this goes!

It is really hard to come up with a review for this because I just want to rant at how incredible it is. Extremely well thought out and well written. I never would have been able to anticipate what goes on in this and the depth of the characters is phenomenal. Worth the read, worth all of your time.

This was definitely an entertaining read. There are some parts that seem to go on a bit too long for me to keep my attention, BUT I really REALLY enjoy the mystery and the characterization so far. Also, the details are very nice. This is definitely a story I'll want to keep up with because the mystery is driving me crazy. Well done.

Ok, so there’s a few punctuation and grammatical mistakes, but nothing detrimental or too distracting. At least not for me. Things are going a little fast paced, but it makes sense considering the story is needing to progress to the present.

The plot is a little far fetched (referring to her just being left with people), but this is your world you’ve created so I’m not going to question it. It reminds me of a super cool sleeping beauty (being left with fairies and what not). But better. It's coming off a little cliche, but again it's just the first chapter. And you've mentioned things that will undoubtedly give it it's own charisma and originality (with the question- what happens when she turns 18? What is she??).

I think it’s a super cute idea for a story and I’d definitely like to continue reading it. Try to do a little bit more of “show, don’t tell,” (rich coming from me since I suck at this) but you don’t have to say that the mother kissing her daughter is a sign of goodbye. It can be implied from the situation, instead you can have it be a lingering kiss or a tighter hug. That’s something super small and it’s just an idea.

The characterization is minimal so far, but it is only the first chapter so I’m not going to be too hard on that. But it is obvious her parents are caring and very strong people mentally. So it’s coming across well enough.

I like the story a lot. i think the plot is definitely intriguing, I’m excited to continue on reading it as you post more.