Let's be honest. Writing is hard. But even though I struggle I keep at it. I love writing. Currently working on the love of a soul. 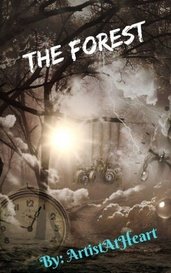 When she was alone is when things got scary. She would hear things. Terrifying things. “I know you.” “You did this to me Lucie!” She would pretend she wasn’t hearing it but she was.. Eve was a nor...

It's not good. It COULD be but the grammar is just TERRIBLE. The usage is TERRIBLE. The writing style is TERRIBLE. Pretty much needs scrapped and rewritten. Like it's so repetitive sentence wise and simple. "I went to school. I went to english. I saw the bad boy, I hid from the bad boy" and she gives her virginity away within a few chapters and then runs home. Theres no character development, we dont know anything about her or him. Its just not good. It could be but it's just not.

So book was pretty good except it felt rushed. Like the author was just trying to finish it especially at the end. So I didnt feel as connected to the characters then. I think it needs to be longer and develop characters more. It lightly goes over abuse but then it's done and forgotten like it doesnt bother any of the characters. And the ending was like "shes with him. They fought with ex's once, they had kids, the end" like that could have further deepened the character growth and should be included to see their struggles as a couple.

It's pretty good. Seems a little random and not fully thought out plus not a whole lot of any character development or seeing what a character was really like. There were so many secrets kept until the very end they dropped like 2. We didnt see her past, his past, anything. It's a good book but needs more depth.

So like it's got a great plot idea. Just some facts need changed like in the first half it says 6 months she was kept (I like that idea better. It's more realistic when she starts giving in) then later she says a month. That doesnt make sense why she would give in so easy so quickly. And for 40 chapters she let's him do whatever and their relationship is sex and very toxic. Then suddenly he loves her. Grayson needs more character development and some focus since he is a main character. It just seems rushed. It's a good book but needs work. Because for 40 chapters he uses her and suddenly is in love? It doesnt make sense. He keeps her in a basement for 3 days with no food or water, shoots someone in front of her, says it's her fault and at the end she still loves him and the author has made no attempt to inform people of this toxicity which makes me think they think it's okay.

The plot and everything is great. The writing and story itself isn't. It's all over the place. And it's random. "Break mom and dad up. No. Life will be hell." Then all he does is have sex and stuff in front of her..? But then saves her and acts jealous while telling her they're related and that's wrong and creepy. Like they need a steady growth. Not changing their minds every other chapter. And the characters need to be built up more. There's nothing there. What's Reid like? The sister? What's her name? I don't remember seeing a name. What's the mom like? How about going into their past about the dad more. What's Henry like? And not to mention Reid was supposed to pick her up so when her mom said to meet Reid she was already supposed to have met him and why was he in a meeting if he knew he had to pick her up and why was that detail forgotten???

What isn't to love? A werewolf book that isn't obsessed with sex. It's so good and I really hope it gets finished because it's my favorite book. Like seriously it's so good. I love it.

Literally has one Chapter and says it's "completed" which was a let down as I was excited to start a new book. If you aren't going to finish it, might as well remove it.

It's pretty good and captivates you although there are some flaws like Dylan making the same mistakes over and over and Leila trying to do the same thing to fix a mistake. There isn't much growth with the characters but it is a good story overall. Some grammatical errors and some things are repeated a little too much like mind link, you can just put it in italics and people will understand what's going on instead of saying 'using the mind link' almost every single time. Overall an interesting story.