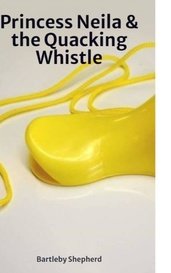 This a children bedtime story for kids 4years old+ about Princess Neila and her little brother Prince Aaron, bringing mischief and excitement to Casa Castle! 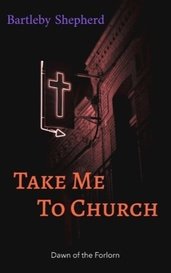 Take Me To Church

London's a beast of a town. Millions of people cross paths every day under Big Ben, the Gherkin and the London Eye. The city is big, it's booming, it's alive. A place full of opportunities. Behin...

Captivating take of an Apocalypse

I had to judge this book for the Masters & Legends Award and it ended up being the highest score on my reading list.
This is a very unique, interesting, dark but also funny take as to what the end of the world could be.
The characters and their relationships are amazingly well-written, the dialogues go from dark to tense to funny and sarcastic and the plot is captivating to the last page of the book.
I do not want to spill the beans here, so I'm just gonna say the plot is awesome, I feel like each chapter makes you want to read more and this book also won the "Best Starting Hook" Special Category for its very specific medical diagnosis after 10 lines: "You have Humans."
This book surely sucks you in until its last word. Only down would be a few typos and grammar issues here and there, but nothing that cannot be corrected.
Overall, a BRILLIANT job from the author and a very different approach to the end of the world.
I seriously recommend reading Seven! Great work from Zanlexus.

If you want a strong plot with a religious base, this story is for you. I don't really want to speak about the plot since I think I could screw it up for new readers but it is just masterfully handled by the author. Some characters will become like your best friends while reading this story which is an awesome thing Greg manage to create. Jiao, Cael, Gina, Greyson will end up to feel like people you knew your entire life so All Hail Greg on this, you've done something uncanny. It's hard to explain how good this drama/thriller with a complex but very realistic plot. It's deep, sometimes bright sometimes dark and will make yourself ask questions about the world we live in. Religion is omnipresent in the background but in a way that isn't intrusive or disturbing to the story. The only thing I feel so-so about is that some character developments are awesome and some feel like completely left apart, I would have appreciated those character to have a deeper personality and representation but altogether it doesn't hurt the story. This is close to a masterpiece and anybody into thrillers with a religious flavour will enjoy reading this! I'm looking forward to reading more of Greg's work!

Unique and twisted point of view, perspectives and plots!

I had to judge this book for the Masters & Legends Awards and it ended up being the highest score on my reading list for its category and for quite a few reasons.
This is a very unique take to voyeurism and the addiction to it.
Holliefur's character-building suck you in in such a way you actually feel for the main character and kinda enjoy all his creepiness and the sick things he does.
Add to this a plot that I wasn't expecting that grows on and well along the chapters, the fact this is some very original, unexplored genre and that it is really well executed by the author and this book gets close to a masterpiece.
I highly recommend reading it to anyone, you won't be disappointed.
Well done, Hollie!

Life In The Fast Forward

If you enjoy introspective sarcastic stories, this is defo the book for you. This is a dark story full of cynism and grim humour. I really like how your main character explores every possibility before giving a go to admitting something out of the "normal" has happened and I really like how you describe the struggles that come with all this up to even having her considering that she might be dead. The fact that it is so intimist and also that everyone can somehow identify himself/herself with the narrator makes it a brilliant read. Keep writing, this is good :)

I have to say this is far from being my jam BUT... I read it till the "end" (chapter 6 as I write this) and I have to say this is pretty good. I really like your first two chapters, you manage to suck the reader in and you feel like your walking with the heroine. It's both exciting and daunting and as a reader, you really want to know more. So, good job here! Now sadly, I feel like it felt down from the end of chapter 4, and I felt less excited to continue reading as things get a bit stale. You also do have some grammar issues and typos but nothing that couldn't be corrected by a good proofreading session. I like what you did and I think you could make this a "thing", maybe put as much attention and details to your latest chapters as you did for the first three chapters. But really good read for any drama fan so would defo recommend it :)

Rushed and full of mistakes

I'm seriously wondering how this ended up in the "trending" category with only two reviews and both of them pretty bad so I decided to read it (only 8 chapters, pretty fast read) in order to figure it out.

First, the story itself is utter cliché, the plot is barely a plot and it feels so rushed you cannot possibly "immerse" yourself into it.

Then the writing is very poor, it's full of mistakes and typos. The grammar is one of the worst I ever had to encounter.

This would need reconsidering, rewriting and proofreading. One of the worst read on Inkitt if not the worst one.

Still wonders how it made the "Trending" highlights :/

Alright, big fan of sci-fi as well as superheroes (grew up with DC and Marvel comics in the 80's and was one of the few kids at my school reading those as they weren't trendy yet at that time) so when I started to read your story, it didn't take long to get me "onboarded". I really liked the fact you created a character that is a mix of Ming the Merciless from Flash Gordon and Thanos from Marvel Comics and yet managed to make it believable so good job here. You have a few lines that cracked me up (i.e: "He was so thick that two short planks would be charging him money to do his homework" or the "humerus uterus" part [don't want to spoil it for other readers] as well as other good puns.) Now for the more critic part, I really wish you had developed this more. A longer story would be great since the end of it is all too sudden and comes too fast in my opinion. Now about your descriptions, some of them are just spot on, some are way too deep and detailed. Might be my personal opinion but I do like to have some space for my own imagination to figure out untold details and consequently visualize the scene on my own with the help of the writer and not just been told by the writer how exactly it has to be. (Hope this makes sense but basically, too many details kill the scene for me). You have a few typos and some grammar issues and other mistakes here and there but all you need is a good proofread by an "English Major Bestie" (all author should have one :P ) and you'll be good to go. I seriously think you should work on making this a proper novel, you have the imagination, the inspiration and your own writing style that is quite funny and surprising so why not making this a "book" and not only a short story. Altogether, I liked it and defo recommend it if people are in for a quick read.

I honestly felt overwhelm by the number of chapters when I started to read "A Silent Game Of Spies" but the author does such a good job creating an intriguing atmosphere, I felt myself literally "sucked in" by the story. It feels very real even though the characters are nothing but epic. The plots between them, as well as all the politics, are well thought and unveil nicely the more the story develops. Character development is defo the author's strongest string. All different with their own stories that tie together nicely. Some interactions and dialogues are Legend. Luvian might be the best of all characters but I do have a little something for Tyndie.
Altogether, great story, very well put together. If you like Medieval Fantasy, do yourself a favour, DO NOT PASS on this book.

This needs rewriting and editing

I am sorry but this is bearly written in English, there are way too many mistakes, grammar and spelling issues it makes this so difficult to read and consequently understand, I made it to the last chapter and it was really painful and the worst part is there are only two chapters. This urgently needs rewriting and editing, Advice to the author would be to get a grammar and spelling software like Grammarly and some editing software like Hemingway to ensure this is at least readable. The good thing is the plot is actually OK but the poor English is just slaughtering this story.