"Act as if the world was good, regardless of the evidence to the contrary" - Jordan Peterson 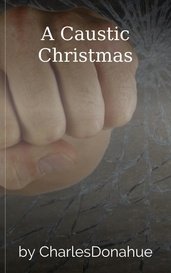 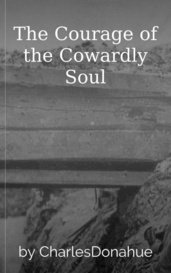 The Courage of the Cowardly Soul

Jacques, a French soldier in the trenches of WWI, deserts his platoon and joins a Christian monastery. There, he deals with problems of good and evil, faith, God, cowardice and heroism. Jacque, a F...

Thanks for the nightmares

Well, you did warn me. I'm surprised at the amount of awfulness you've managed to pack into such a short work, so good job I suppose? I found your writing style excellent, the writing was smooth and easy to read (grammatically and stylistically anyway). I noticed a few spelling errors, but nothing that really grabbed my attention enough to note down. The plot itself is a bit messy, and by that I mean I found the out of sequence nature of the story a bit jarring. We begin with Dr. Spitzer's side of the story, and then after he meets Celeste we jump into the backstory. When you finish with the backstory in "Ensnared", I found the pacing a bit off. You rush over Celeste's investigation and watching of Spitzer fairly quickly and jump into her ambush and Spitzer's counter-ambush. This is a fairly short book, and I think you would be better served by expanding on this aspect of it. There's a lot of potential in that storyline, and I feel as if it's wasted to a degree. Spitzer's escape raised a few questions for me in and of itself. How did he know Celeste would drink the water? Wasn't he restrained and locked in a cell? How did he get out? Maybe I simply missed something, if so I apologize. I noticed in "Homeward Bound" the line "They spent the night hugging each other on the bed" is placed after the line break, I think it should be before.
Overall, I found the story very engaging, it drew me in from the beginning and held my interest until the end. You do a good job here of presenting the disturbing side of the story in a way that's extreme but not overwhelming to the point of being unreadable. My only complaint in that regard is the scene where Mark rescues Celeste, I found the sexual imagery there a bit over the top and unnecessary, especially because it continues over two chapters in a fairly short book.
I may have some trouble sleeping tonight and for the foreseeable future, but I'm glad that I read this, I found it very engaging.

I've only read the first couple of chapters, but the plot seems pretty strong, and it's pretty clear you know what direction you're going in. I noticed some grammar mistakes, the main one being substituting "your" for "you're". I think there were also times where dialogue should have been separated into a new paragraph and wasn't. The writing itself could use some work. I didn't notice much description of the environment, and your main character's voice feels a little rambling. The sentences don't flow into each other as well as they could, and the writing ends up feeling kind of jumpy. I think you've got a great start here, and the plot moves at a good pace. You seem to have a good handle on the characters too. I think with some work this could be great.

You've managed to pack quite a lot into the prologue, and I quite enjoyed reading it. You seem to have a solid sense of where the plot is going, and the pacing is well done. I made some comments in the story at places where I thought you could improve the flow of the writing. At times, it felt a little stilted, which I understand is part of the intended effect, but goes a bit overboard at times. The imagery was fantastic, I had a very clear picture of what was going on, and I thought that was the strongest aspect of this piece. This was a great beginning, and I'm excited to see where it goes!